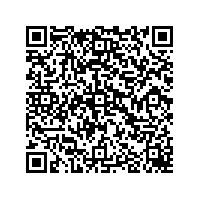 1000th flight lock actuator delivered for the A380 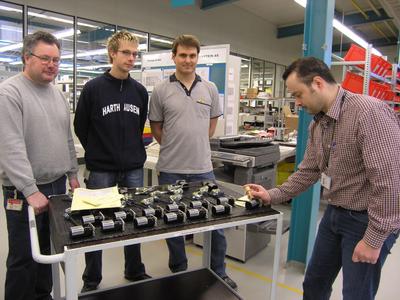 (PresseBox) ( Igersheim-Harthausen, 06-04-05 )
Only days into the start of the new year, WITTENSTEIN aerospace & simulation GmbH of Igersheim-Harthausen celebrated a magic figure – with the delivery of the 1000th flight lock actuator. The flight lock actuator is part of the electric door system on board the new Airbus A380. Together with its “older brother” – the swivel actuator – it relieves cabin staff of the chore of having to open and close the heavy doors by hand. Electronically controlled doors are a very recent requirement in aircraft construction, realised for the first time in the new A380. All the doors of this new, double-deck super jumbo are fitted with three electromechanical actuators – an absolute novelty in the history of civil aviation.


For the first time, a passenger aircraft has been equipped with electrically driven doors instead of the manually actuated system customary until now. The servo actuators for the door-coupling operating mechanisms essentially consist of a planetary gearhead and a brushless servo motor. Both these components were developed on the basis of products already manufactured by WITTENSTEIN AG and its subsidiaries alpha getriebebau and WITTENSTEIN cyber motor. The highly complex door actuator system additionally integrates several electronic components.

Tipping the scales at just twenty one ounces, the flight lock actuator may is not exactly a heavyweight – yet it is responsible for ensuring that the doors stay tightly locked throughout every flight. What makes this compact device so remarkable is that if the airborne power supply system fails, the doors are automatically unlocked. They can thus be opened manually in case of imminent danger or an emergency landing.

Rather than supplying the flight lock actuator directly to Airbus, WITTENSTEIN aerospace & simulation is a component manufacturer on behalf of Diehl Avionik Systeme GmbH in Frankfurt. Diehl Avionik has been appointed by Airbus as official system supplier for the A380’s complete electric door system.

The first regular delivery of the flight lock took place in March 2004. In the run-up period, 150 pilot series actuators from Wa&s participated in a series of flight and system tests.


WITTENSTEIN A380 products at a glance

Wa&s is a subsidiary of WITTENSTEIN AG and an ambitious player in the aerospace industry. In addition to the flight lock actuator, Wa&s also equips the 16 doors of the A380 double-deck super jumbo with a swivel actuator and a de-arrest actuator. The swivel actuator controls the swivel motion necessary to open and close the doors in a matter of seconds. The de-arrest actuator locks the open doors on the frame.


Igersheim-based high-tech enterprise WITTENSTEIN not only supplies the actuators for the doors, however, but also units for the cargo hold of the newest Airbus model: a system known as PDU (Power Drive Unit) supports cargo loading. The PDU can be imagined as part of a conveyor belt for transferring heavy baggage into the aircraft hold.


Although the WITTENSTEIN aerospace&simulation products installed in the new A380 are small and unassuming, they make a huge contribution to easing daily work. When it comes to performance and functionality, WITTENSTEIN servo actuators occupy a unique position in the global marketplace. The company’s motor/gearhead combinations are exceptionally compact, highly efficient and extraordinarily powerful. They are redundantly designed in order to comply with the aviation industry’s tough safety standards, in other words all safety-relevant components are duplicated to guarantee maximum reliability.

Airbus appreciates the technical superiority and unparalleled quality of products supplied by WITTENSTEIN through its inter-group partners. With an aircraft the size of the A380, minimising the weight of every single component is vitally important – and the twenty one-ounce flight lock actuator is a shining example.

WITTENSTEIN aerospace & simulation has been certified as a Production Organisation according to EASA since 2003.