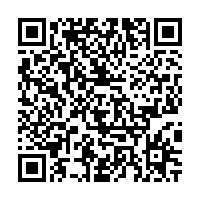 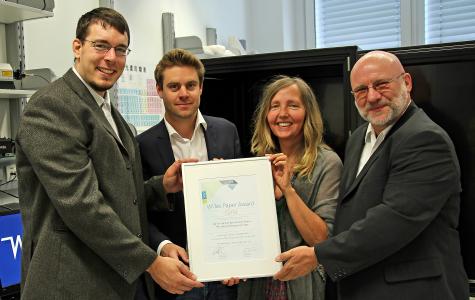 (PresseBox) ( Ulm, 19-07-11 )
WITec is pleased to announce the winners of the annual Paper Award, which recognizes three outstanding peer-reviewed articles from the previous year that feature data acquired with a WITec microscope. Choosing from among the many excellent publications is never an easy task and WITec thanks all the researchers who submitted their work. This year’s winners are scientists from Austria, England and Finland, who used Raman imaging in their studies of heartwood formation, the origin of Palaeoproterozoic granules and threading dislocations in a semiconducting material.

The oldest trees are several thousand years old. How do they reach such an impressive age? During heartwood formation, many trees produce substances which protect them against bacteria, fungi or insects. Martin Felhofer from the University of Natural Resources and Life Sciences in Vienna, Austria, receives the Gold Paper Award 2019 for his research on such impregnating substances, together with his colleagues Batirtze Prats-Mateu, Peter Bock and Notburga Gierlinger. Using confocal Raman imaging, they revealed the sub-cellular distribution of pinosylvins and lipids in different parts of pine tree sections. Both compounds co-localized, but their ratio changed during heartwood formation. While pinosylvins dominated in the heartwood, the sapwood contained mainly lipids. Spruce sapwood usually doesn’t produce pinosylvins. Nevertheless, in vitro impregnation of spruce sapwood with pine extract reproduced the distribution patterns from pine. Thus, the authors hypothesized that the “symbiotic relationship between pinosylvins and lipids” is important for the impregnation process during heartwood formation and protection of the wood against decay.

Traces of early microbial life on Earth can be found in the form of their biosignatures preserved in sedimentary rocks. Valuable information on the origin of life can thus be gained from the characterization of sediments. However, deciding if the organic material in sediments is actually of biological origin is not always straightforward. Matthew S. Dodd from University College London, UK, receives the Silver Paper Award 2019 for investigating the origins of granular iron formations (GIFs) together with his colleagues Dominic Papineau, Zhenbing She, Marilyn L. Fogel, Sandra Nederbragt and Franco Pirajno from research institutions worldwide. The origins of GIFs continue to be debated. There are publications that provide support for theories of sediment reworking, mineral precipitation or biological origins. Together with his colleagues, Matthew Dodd characterized Palaeoproterozoic granules from various locations around the world (China, USA, Canada and Australia) using Raman imaging and other techniques. They discussed their findings with respect to potential origins of the granules and found that biological processes and chemically-oscillating reactions played a key role in GIF formation in all locations, although other processes may have contributed as well. For example, some GIFs originated from diagenetic reactions, in which organic matter was oxidized while sulphate or ferric iron was reduced by sulphate- or iron-reducing bacteria. The authors concluded that, “As such, granules have excellent potential to be considered as promising biosignatures for studying Precambrian biogeochemistry, as well as astrobiology.”

Optoelectronic devices, such as light-emitting diodes, detectors, satellites or solar cells, are often produced from gallium nitride (GaN) due to the advantageous properties of this semiconducting material. Methods for growing high-quality GaN crystals are thus required and defects in the crystals need to be detected efficiently and without damaging the sample. Joonas T. Holmi from Aalto University in Finland receives the Bronze Paper Award 2019 for showing how 3D Raman imaging can characterize threading dislocations (TDs) in α-GaN crystals, together with his colleagues Bakhysh H. Bairamov, Sami Suihkonen and Harri Lipsanen. TDs cause local stress in the α-GaN crystal, a defect that is not visible in a wide-field image. However, the stress field causes some peak shifts in the Raman spectrum. Quantifying the Raman peak shift of E2H at each position on the crystal surface made it possible to locate the distortions and estimate the TD density. By recording z-stacks, the propagation of the stress field into the crystal volume could be visualized in 3D. The described method could even characterize the TDs further, distinguishing between edge a-type and mixed a+c-type TDs and the authors discuss how the method can be extended to also identify screw c-type TDs. They conclude by recommending 3D confocal Raman imaging for characterizing TD types in ammonothermally grown α-GaN crystals.

For a list of all previous Paper Award winners, please visit www.witec.de/paper-award.

Scientists from all fields of application are invited to participate in the Paper Award 2020 (www.WITec.de/paper-award). Articles published in 2019 in a peer-reviewed journal that feature data obtained with a WITec microscope can be submitted to papers@WITec.de by January 31st, 2020. WITec is looking forward to receiving many outstanding publications again.

WITec GmbH pioneered 3D Raman imaging and correlative microscopy and continues to lead the industry with a product portfolio that offers speed, sensitivity and resolution without compromise. Raman, AFM and SNOM microscopes, select combinations thereof, and WITec-developed Raman-SEM (RISE) instruments can be configured for specific challenges in chemical and structural characterization through a modular hardware and software architecture with built-in capacity for expansion. Research, development and production are located at WITec headquarters in Ulm, Germany, and the WITec sales and support network has an established presence in every global region.