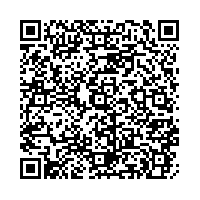 For the fourth quarter, revenue totaled $1.9 billion, on shipments of 40 million hard drives and net income of $196 million, or $0.86 per share. The fourth quarter results include $5 million of income from favorable settlements of restructuring accruals and the $18 million gain on the sale of assets from the company's media substrate manufacturing facility. Excluding these amounts, fourth quarter non-GAAP net income was $173 million, or $0.76 per share.(3) In the year-ago fourth quarter, the company posted revenue of $2.0 billion on unit shipments of 35.2 million hard drives, net income of $213 million, and earnings per share of $0.94.

The company generated $349 million in cash from operations during the June quarter, ending with total cash and cash equivalents of $1.8 billion.

Throughout fiscal 2009, WD demonstrated increasing returns on its investments in technology, product breadth and production capability, with consistent delivery of compelling first-to-market products. The company maintained its momentum as the industry's leading innovator with the announcement yesterday of another industry first - the 1 TB My Passport(TM) Essential(TM) SE external storage device which utilizes the company's new, industry leading, WD Scorpio® Blue(TM) 2.5-inch hard drives with 333 GB/platter technology.

"In a challenging time for the worldwide economy and the hard drive industry, WD maintained profitability and stayed cash flow positive throughout the fiscal year," said John Coyne, president and chief executive officer. "Our fiscal 2009 and June quarter results demonstrate customers' ongoing preference for WD products based on their exceptional quality, reliability and availability, as well as the continued effectiveness of the WD business model and the passion, nimbleness and capabilities of the WD team. In the June quarter, we responded promptly to capitalize on unexpected market upside in each of our served markets to produce financial results that significantly exceeded expectations, and included a return to our targeted gross margin and operating expense model parameters."

The investment community conference call to discuss these results will be broadcast live over the Internet today at 2 p.m. Pacific/5 p.m. Eastern. The call will be accessible live and on an archived basis via the link below:

WD, one of the storage industry's pioneers and long-time leaders, provides products and services for people and organizations that collect, manage and use digital information. The company designs and produces reliable, high-performance hard drives and solid state drives that keep users' data accessible and secure from loss. Its advanced technologies are configured into applications for client and enterprise computing, embedded systems and consumer electronics, as well as its own consumer storage and media products.

WD was founded in 1970. The company's storage products are marketed to leading OEMs, systems manufacturers, selected resellers and retailers under the Western Digital® and WD brand names. Visit the Investor section of the company's Web site (http://www.westerndigital.com/...) to access a variety of financial and investor information.

Western Digital, WD, the WD logo and WD Scorpio are registered trademarks, and My Passport, Essential and Blue are trademarks, of Western Digital Technologies, Inc. in the U.S. and other countries. As used for storage capacity, one megabyte (MB) = one million bytes, one gigabyte (GB) = one billion bytes, and one terabyte (TB) = one trillion bytes. Total accessible capacity varies depending on operating environment.