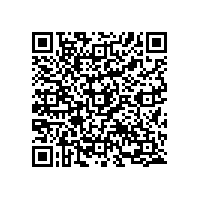 The Desert Rose of Qatar 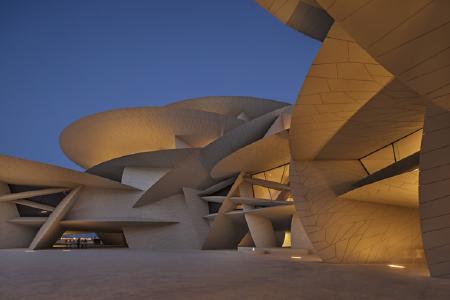 (PresseBox) ( Stuttgart, 19-05-16 )
The new National Museum of Qatar appears wild and jagged at first glance – the building’s structure was inspired by the crystal formations of a desert rose. Technical excellence was required for the planning and execution of the project in order to turn the complex design by French architect Jean Nouvel into a real construction. This is where the engineers from Werner Sobek came in. The international group with headquarters in Stuttgart had prior experience of many other complex large-scale projects in Asia, Europe and the Middle East, which attracted the attention of the Korean general contractor in charge of project execution. In this way, German technical expertise came to make a major contribution to the successful realization of this large-scale project. The breathtaking building was inaugurated at the end of March – and has already become an icon of the young desert State of Qatar.

The bizarre building designed by French star architect Jean Nouvel to accommodate the new National Museum of Qatar is impossible to take in at first glance. Stretching over a distance of 400 metres between the waterfront and the centre of Doha, the structure features 539 interlocking discs designed to resemble the crystalline structure of a sand rose.

Many factors are required to realize a vision such as this: courage, a pioneering attitude, innovativeness, team spirit and perseverance as well as the ability to comprehend complex grid structures. Without these, the result could have been as feared by the Neue Zürcher newspaper (NZZ) in a recently-published article: “It was by no means sure that the project realization would be such a resounding success, even with the greatest of faith in technology. There’s a fine line between ingenious design and dismal failure,” commented the NZZ shortly after the museum opened in March 2019. No wonder that Werner Sobek was selected for the detailed design of the façade. The international engineering company with headquarters in Stuttgart is known for an ability to transform even very unconventional designs into viable projects thanks to expert planning. Over the past few years, Werner Sobek has made a mark with diverse outstanding engineering projects such as the Heydar Aliyey Center in Baku as well as the new terminal building at Kuwait International Airport – which is why the company was especially selected for this Middle Eastern project by the Korean building contractor.

The idea behind the new National Museum was to evoke the form of a desert rose – a formation of crystals incorporating grains of sand - in a vast architectural complex measuring approximately 400 x 250 metres in area and reaching a height of up to 40 metres. The building itself is constructed from 539 different disc-shaped elements, each with a diameter of up to 87 metres. The discs are arranged in a staggered fashion, partially overlapping one another. The complex geometry of the building’s exterior is continued inside the museum, creating a unique spatial experience.

The Korean general contractor for the project commissioned Werner Sobek with the engineering of the building envelope, in order to turn the extraordinary design into a feasible construction.The project scope also included the provision of a team at the construction site, responsible for site supervision, interface clarification, coordination and, last but not least, for the presentation of project plans to local contractors.

A key component of the planning process was a vast BIM (Building Information Modelling) model into which all planners involved continuously fed their data and which served as the basis for project execution. ”The model enabled us to master the high geometrical complexity of the project”, explained Project Manager Dr.-Ing. Thomas Winterstetter, Chairman and Partner of Werner Sobek Stuttgart –and since 2018 also Honorary Professor of the University of Stuttgart.

Werner Sobek won the BIM Award back in 2016 for the innovative use of BIM technology on the construction of the new National Museum in Qatar. The sheer scale of the project as well as its extreme level of detail (LOD 400) made it one of the largest models in the world of its kind at the time of its creation. The construction project required a completely new set of planning and coordination techniques: for example, a specialist company was engaged solely for the coordination of BIM processes between all involved parties.

Thomas Winterstetter summarized the project as follows: ”This outstanding architectural vision could only be turned into a reality thanks to the continuous, highly-professional commitment of all those involved, as well as through state-of-the-art planning and construction technology - and not least because of the vision and courage of the building developer”,. The museum officially opened its doors on 27thMarch 2019, as planned.

The international Werner Sobek Group was founded by the entrepreneur himself in 1992 and has become known for engineering, architecture, design and sustainability throughout the world, with approximately 350 employees located in Berlin, Buenos Aires, Dubai, Frankfurt, Moskau, New York and Stuttgart. Each and every project penned by Werner Sobek creates compelling designs on the basis of premium engineering, developing ingenious concepts to minimize the consumption of energy and material resources. In 2015 the engineer and architect Professor Werner Sobek was awarded the Fritz Leonhardt Prize for lifetime achievements and was honored with the Balthasar Neumann Prize on May 17, 2018.

The Tower of Superlatives