Weidmüller demonstration machine - the next step on the road to Industry 4.0 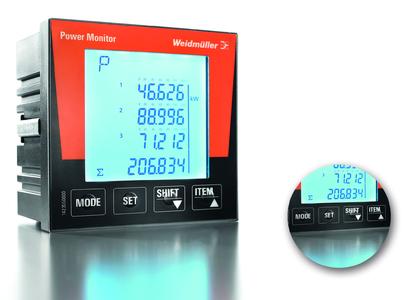 True to the motto "NEXT STEPS", Weidmüller is set to showcase the next step on the road to networked production - Industry 4.0 - at this year's Hannover Messe trade fair with the "Energy-efficient process optimisation through condition monitoring and diagnosis" demonstration machine. The demonstration machine is a conventional injection moulding machine incorporated into a production network with communicative components, so the vision of the fourth industrial revolution can already be implemented in sub-areas. At the very heart of the application are communicative ACT20C signal converters, which allow for the digitalisation of analogue production data and its transmission to and evaluation in the cloud. The ACT20C signal converters can be directly incorporated into existing Industrial Ethernet structures using an Ethernet interface. Even back in 2013, Weidmüller took a brilliantly progressive approach with respect to the topic of Industry 4.0, unveiling a new stamping and bending machine capable of identifying and independently optimising fluctuations in the ongoing production process and materials. The project, which is known as "Self X Pro", was developed within the context of the "It's OWL" leading-edge cluster and in cooperation with the Fraunhofer Institute for Production Technology in Paderborn.

Producing companies are faced with a challenge: In the digital age, the ability to produce in a faster, more customised and more flexible fashion is becoming increasingly important. To make matters worse, the end product should not cost any more than it did previously. So, in future, the ability to retrieve and check current production costs and the condition of the production process during ongoing production operations will prove critical to companies' success. What is the operational performance like? What are the current production costs? What is the condition of the machinery and systems? And what is the ideal compromise between production performance and energy costs?

These questions can only be answered if all of the data is available at all times to all of the systems that have to access it. Looking at the present operational reality of most companies, this may be true in some cases - but in many production facilities, all of the relevant data and information are not yet provided for all applications. And if something isn't transparent, you can't control it.

The "Energy-efficient process optimisation through condition monitoring and diagnosis" demonstration machine is a conventional injection moulding machine that is incorporated into an Industrial Ethernet production network using communicative components. The integrated power monitor measures and records all of the relevant electrical characteristics of the machine and makes them available for the energy management system. Communicative ACT20C signal converters convert the analogue machine data into digital data, which is subsequently provided and analysed in the cloud. The ACT20C modules can be incorporated into Industrial Ethernet structures using their communication interfaces. What is remarkable about the signal converters is that they include comprehensive diagnostic functions in addition to the typical functions such as signal acquisition, preparation, standardisation and output. As the data is subsequently made available in the cloud, a comparison can be made between production and manufacturing data and other information, such as current energy prices, guaranteeing absolute transparency for all production data. The technology has already proven its worth in everyday use: Weidmüller already uses an identical system in its own production facilities to manufacture die cast parts.

The next step towards Industry 4.0 is direct communication between the individual parts of the production or manufacturing facility. In this regard, the ACT20C also allows the communication to be uploaded to the cloud, thus providing conclusions and findings about the production or manufacturing facility. This enables system operators to set up new services to optimise and diagnose their production and manufacturing processes for energy management. It is precisely at this point that we've come full circle: What was previously isolated data can now be reviewed and evaluated again, giving process optimisation a long-term boost.

The benefit of Weidmüller's solution is clear to see. It will allow producing companies to prepare themselves today for the Internet of Things and for controlling production from the Big Data Cloud, even with respect to their existing range of machinery. Weidmüller is thus once again proving its worth as the Industry 4.0 pacemaker and as an Industrial Connectivity partner.

Recommend Weidmüller demonstration machine - the next step on the road to Industry 4.0 press release