Weidmüller China is Best Employer of 2011 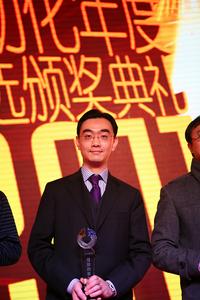 (PresseBox) ( Detmold, 12-02-21 )
A great honour for Weidmüller China: Two prestigious awards were recently won by the Chinese branch of the German company. The prestigious Gongkong network for industrial automation honoured Weidmüller China as the best employer in 2011 and its President, Victor Wan as a 2011 Business Innovator.

"We are proud of these awards" states Victor Wan, President of Weidmüller Greater China, "but at the same time they are also an incentive and an obligation for us to works towards continual improvements." Wan sees the awards as proof that Weidmüller's key corporate values of sustainability and partnership are also valued in China. "Just in the past year Weidmüller has underlined these values with the opening of three new centres: the Logistics Centre, the Academy Asia in Shanghai and a sales company in Hong Kong - providing a clear indication of Weidmüller's commitment to China's future," he explains. Wan describes himself as an intermediary between the two business cultures: "I've taken up German habits but kept my Chinese mentality. On the organizational side, for example in meetings: from the Chinese point of view, I have adopted much from the Germans, but am still not as structured as my German counterparts." This has been a winning combination that has benefited Weidmüller since Wan joined the company in 2001.

Weidmüller employees at headquarters in Germany are also very proud of these awards. "We are a family-owned company that is guided by traditional values. It has always been important for us to maintain our German standards and values at our international locations. That includes motivating our employees by investing in their education and training. We've always been convinced this is the proper path - and now this motivating award confirms it," says Dr. Peter Köhler, Chief Executive Officer at Weidmüller. Dr. Köhler also speaks glowingly of Victor Wan, who can now officially call himself a 2011 Business Innovator: "Of course we already knew for quite a while that Victor Wan is an outstanding manager. It's an excellent achievement that such a prestigious network as Gongkong has also recognised his hard work and character. This is his reward for long-term and sustained commitment. "

An independent jury, consisting of industry experts together with a committee from Gongkong (Beijing) Information Technology Co. Ltd., meets to select the best employer. The jury votes anonymously from a pool of more than 40 companies that are all competing for the title of Best Employer. The company's image and reputation are evaluated, as are the extent of its social responsibility and the satisfaction of its employees. Employees can thus influence the selection with their opinions. The anonymous surveys, which are taken into consideration by the jury, clearly show that the employees at Weidmüller China stand behind their employer. An overwhelming majority of workers supported their company in this survey. Over ninety percent of Weidmüller employees feel that they are respected and valued at their workplace.

The jury's justification for giving the award to Weidmüller was in line with Weidmüller's corporate philosophy: they highlighted the company's managerial competence, innovation, customer focus and internal corporate culture. The jury determined that the company's own culture of learning was an excellent support for the technical and professional development of employees and provided a good balance between work and private life. This is reflected in the outstanding work ethic and the very low employee turnover rate at the company's facilities in China.

Weidmüller has been active in the Chinese market for 18 years and has established a solid reputation as a provider of custom-fit solutions in electrical and electronic connectivity. Weidmüller's priority has always been developing customised services on-site that are specifically tailored for the Chinese market. The emphasis has been on knowledge transfer within the company and cooperation with Chinese scientists.