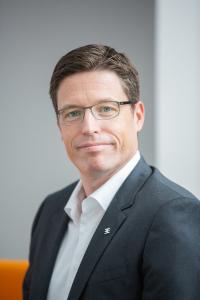 Dr. Timo Berger was appointed as Chief Sales Officer (CSO) of the Weidmüller Group in Detmold on September 1, 2019. Together with Jörg Timmermann (Chief Financial Officer [CFO] and Speaker of the Board) and Volker Bibelhausen (Chief Technology Officer [CTO]), he forms the Executive Board of the international market leader in Industrial Connectivity and Automation. Dr. Berger has been with Weidmüller since 2005 and most recently spent three years as Managing Director and Regional Manager responsible for sales in Germany and the Central European region. He had already been working closely with his predecessor José Carlos Álvarez Tobar since March 2019 to prepare for his new management role. Álvarez Tobar retires after 40 years with Weidmüller and almost four years as Chief Sales Officer.

"The appointment of Dr. Timo Berger as member of the Executive Board of the Weidmüller Group is another important element in our long-term corporate and management strategy. With his experience, Dr. Berger combines the highest sales and technological competence. Thanks to the transition phase with José Carlos Álvarez, the greatest possible continuity is guaranteed in times of accelerated change at our customers and in our markets," commented Christian Gläsel, Chairman of the Supervisory Board of the Weidmüller Group, on the occasion of the Hanover Fair 2019.

About the person:
Dr. Timo Berger (46) has been with Weidmüller for over 13 years in various management positions in Germany and China. During this time, he was, Division Head and, since November 2016, Managing Director and Executive Vice President of Weidmüller Sales in Central Europe and Germany. Dr. Timo Berger is married and lives with his wife and his two children near Detmold.

As experienced experts we support our customers and partners around the world with products, solutions and services in the industrial environment of power, signal and data. We are at home in their industries and markets and know the technological challenges of tomorrow. We are therefore continuously developing innovative, sustainable and useful solutions for their individual needs. Together we set standards in Industrial Connectivity. The Weidmüller Group owns manufacturing plants, sales companies and representatives in more than 80 countries. In its fiscal year 2018 Weidmüller reached sales of 823 million euro with 4,900 employees.