Is there a relation between fishermen death at sea to coastline length to equipment level of the fishermen and how can these events been prevented? 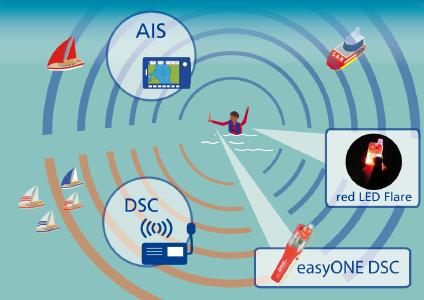 (PresseBox) ( Nürnberg, 19-06-14 )
The question is how many poor fishermen do loose their lives at sea in lower developed “fishing nations” like India, Sri Lanka or Vietnam?

Is it possible to create a broad rule of thumb for possible death per kilometer coast length under consideration of equipment level and how can these death´s be prevented?

The main problem to find a broad thumb rule is the database. Not many countries do or have monitored well and detailed the death at sea in the last 10 years. Also, a separation between professional fishermen and pleasure boaters is mostly not made from the different nations.

After consideration of the deaths at sea from the following countries: Australia, Canada, Germany, Panama, South Africa, Spain, Sri Lanka, UK and US the following first thumb rule estimation can be stated:

1. Countries with a high level of fisherman education and equipment:

2. Countries with a minimum level of fisherman education and equipment:

The above given figures should have to be investigated more in detail with university and scientific studies, but as a thumb rule it gives a good orientation about how many lives are left at sea.
Before there is an answer how these death´s can be prevented, there is the question to be asked: Why did these poor victims drown?

The question is simply answered, because they did not wear lifejackets and they had in addition no “locator” beacon with them so that even when the Man over Board (MOB) survived the accident, the remaining crew members did not know where to search for rescue.

What can be done against drown at sea? There are 7 golden rules to be considered:

[*]Safety begins at home with a good planning
[*]Working Navigation equipment and spares – key to safety
[*]First aid kit – never forget to carry
[*]Make the deck of the vessel to a safer place for work and recreation
[*]Conserve freshwater for use in an emergency
[*]Signals, will help locate you at sea
[*]At night, bad weather or uncomfortable conditions use a lifejacket with a locator

With reference to the 7th point, Weatherdock as manufacturer has introduced a very simple to use and very efficient “MOB” man over board device, the easyONE-DSC. The unit has the best performance figures for transmission power, battery lifetime after activation and floating characteristics.

In event of MOB scenarios, it is most important that the person in the water is located and rescued as fast as possible. This can only be done with a distinct and persistent updated position report transmitted in real-time.

The German Weatherdock AG has done further developments to get the successful AIS MOB device easyONE even better. With added DSC functionality and a bright and strong red LED flare the new easyONE-DSC is still unique in the market and still on top of the list with best performance results.

The easyONE-DSC has got more than 1 Watt radiated transmission power, the unit is full floatable without any buoyancy support and the battery lifetime will be more than 24 hours in parallel triple mode (AIS, DSC, LED flare).

The AIS MOB easyONE-DSC is developed to use it easily with any kind of automatic life jacket. In case of automatic activation when submerged into the water, the easyONE-DSC starts to transmit a DSC distress call to the stored MMSI number to trigger the VHF radio with the distress alert. Additional to the DSC distress call a bright and strong red LED flare starts flashing which increases visibility of the victim drastically, first of all in darkness at night.

Within the first minute, an AIS MOB safety related message is send out into the AIS (Automatic Identification System) to inform every AIS receiver within range of up to 7 nautical miles about the MOB situation with current GPS position and speed/ course over ground of the victim. Parallel the next DSC distress call is transmitted to VHF radios.

The own MMSI number of the mothership’s VHF radio can be pre-programmed into the unit as well as up to 7 other MMSI numbers e.g. during flotilla sailing. Via Bluetooth with the free of charge Weatherdock app from a mobile device like smartphone or tablet this MMSI programming can be done easily.

If for example the skipper felt over board during the night shift, the crew of the own vessel is alerted within seconds by the DSC distress alert of the VHF radio. Everyone knows that something terrible happened. Within the first minute the AIS system is triggered by the AIS MOB alert. Now the crew knows where the skipper is located because of the updated AIS position report received every minute. They know how fast and which direction he might drift in the current. All other vessels in the vicinity get the same AIS alert and are able to support the rescue operation. By means of the bright red LED flare the victim is visible as much as possible in the night.

Weatherdock Cooperation, Germany (Founded 2003)
- World leader in AIS based, commercial vessels approved, personal locator beacons in the VHF band
- Founder of the year 2008
- Among the best 100 midsize companies in Germany (12.000 applicants for that award!)
- Winner of the 2018 Bavarian Export Award in Category "Industry"

Recommend Is there a relation between fishermen death at sea to coastline length to equipment level of the fishermen and how can these events been prevented? press release