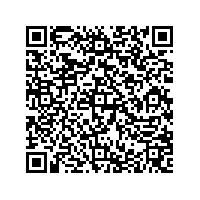 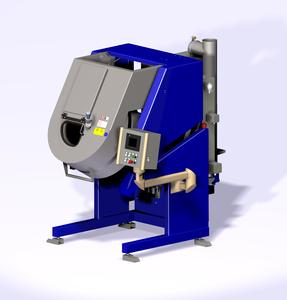 (PresseBox) ( Haan/Germany, 15-06-02 )
More and more customers are choosing the rotary drum technology for coating their mass-produced small plastic and rubber components. Within just a few years the sales of the Walther Trowal Rotamat coating systems have increased several fold. At the DKT/IRC 2015 the company is introducing its redesigned Rotamat R80, which compared to its predecessor model offers not only a higher operational flexibility but also a higher capacity for coating of plastic components.

For several months now Walther Trowal has noticed a distinct trend towards the use of rotary drum coaters for the coating and painting of small mass-produced components. Many small-part manufacturers are switching from the drum coating at room temperature to the hot air drum coating technology. Other manufacturers are no longer subcontracting their coating work to external service companies but do it in-house with Rotamat systems. And some have replaced their single-piece paint systems with rotary hot air drum coaters.

With the drum coating method the small parts no longer have to be individually placed on special racks but can be loaded into the Rotamat drum in relatively large batch sizes. This technology is ideally suited for treating small parts made from different plastic materials like elastomers, ABS, PC or PS. Water based as well as solvent based paints can be processed.

Building on the success of the predecessor models Walther Trowal completely revamped the Rotamat range, and with the R80 is introducing a machine that can be even better adapted to the individual requirements of the users. The modular filtering system allows not only cleaning the exhaust air up to filter class F6, but it also allows spraying more solvent based paint, offering a higher part throughput without jeopardizing compliance with the prevailing clean air standards.

Frank Siegel, the sales manager for coating technology at Walther Trowal, explains, why the sales of Trowal coating systems are continuously increasing: „Since the Rotamat was introduced, we have sold nearly 300 units. The increased machine bookings we have seen during the past few months are mainly due to the fact that many small-part manufacturers are bringing their coating work back in-house to reduce their costs and, at the same time, improve their quality.”

Many new technical features!
The new Rotamat R80 from Walther Trowal has a drum diameter of 800 mm and can handle about 50 kg of parts with a batch volume of 50 liters. This batch size meets the requirements of many customers who must coat delicate, complex shaped parts or are processing relatively heavy parts like metal components. The new R80 is also available with a drum that offers a diameter of 700 mm and a usable part volume of 30 liters.

The airflow and the paint application system were optimized to a point where only a very small amount of overspray is created.

The inside of the coating drum is equipped with an explosion protected LED light allowing precise observation of the coating process, be it the paint layer buildup or color changes.

The new heating control system helps reduce cycle times and energy consumption. A PID controller adjusts the inlet air temperature in relation to the work piece temperature. At the same time it takes into consideration the actual air volume. The new controller reacts extremely quickly. This quick reaction and the better insulation of the drum allowed reducing the electrical energy requirements to 9 kW.

Air filtration
With the new exhaust air filter unit Walther Trowal managed to greatly enhance the possibility for using different paints. This is an important feature for those customers who must coat a large variety of parts with different types of paint. The R80 offers four independently usable stages for filtering the exhaust air so that the particle sizes caught by the filter system can vary within a relatively large range up to filter class F6.

The new filter unit also contributes to a higher part throughput: The user can now use more solvent, thus, speed up the coating process and still meet the standards for the maximum solvent concentration at the work place.

For more than 80 years Walther Trowal has been a pioneer and market leader in various surface treatment technologies. The company offers modular and custom engineered solutions for a wide range of surface treatment problems.