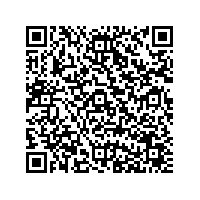 "VMware delivered a solid fourth quarter to cap off a successful 2008. We have been executing well in a difficult economy," said Paul Maritz, president and chief executive officer of VMware. "Customers continue to make VMware a strategic priority because our solutions - used by more than 130,000 customers - help reduce capital and operational costs."

"In 2008, we made strategic investments in our technology, partnerships and business operations that position us well for 2009 and beyond," continued Maritz. "We are making solid progress on our three key initiatives to build on our virtualization leadership in the datacenter, the cloud and on the desktop. We are executing on our product roadmap, strengthening our ecosystem of partners, and bolstering our management team - both globally and operationally. VMware is well-prepared for the opportunities and challenges ahead."

- General availability of VMware View 3.0, a major advance in virtual desktop computing. With VMware View 3, IT organizations can "decouple" a desktop from specific physical devices or locations to create a personalized view of a user's desktop, applications, and data - called "myView" - that is securely accessible from almost any device, at any time. By hosting these virtual desktop images in the datacenter using the industry-leading virtualization and management platform, VMware Infrastructure 3, VMware View 3 enables IT personnel to provision and manage thousands of virtual desktops simply, securely, and with substantially lower operating costs.
- VMware vCloud Initiative - Major service providers worldwide, including Atos Origin, SunGard, and Terremark, are delivering enterprise cloud services that are built on the VMware platform, along with complementary management services from VMware vCenter Lab Manager and VMware vCenter Site Recovery Manager. Customers running on the VMware platform are tapping into these enterprise clouds to extend their VMware investments and gain the benefits of cloud computing for their existing applications and environments.
- VMware expanded its strategic relationships with key partners in IT management to help enterprises optimize the operating efficiency of their virtualized datacenters. With BMC Software, we entered into a reseller agreement and commenced joint development of an integrated management solution including VMware vCenter Lifecycle Manager and BMC's Remedy IT Service Management (ITSM) products. With CA, we signed an agreement to make CA Data Center Automation Manager interoperable with VMware vCenter Stage Manager. We also announced plans to work with HP to integrate HP's Business Technology Optimization (BTO) software with VMware vCenter Lab Manager to bring enhanced self-service capabilities to virtual datacenter operating system (VDC-OS) environments.
- VMware Mobile Virtualization Platform (MVP) - building on innovative technology

acquired from Trango Virtual Processors in October 2008, VMware MVP will help handset vendors reduce development time and get mobile phones with value-added services to market faster. In addition, end users will benefit by being able to run multiple profiles - for example, one for personal use and one for work use - on the same phone.

The following forward-looking statements are based on current expectations and are subject to uncertainties and risks discussed below and in documents filed by VMware with the United States Securities and Exchange Commission. Actual results may differ materially.

Current uncertainty in global economic conditions makes it particularly difficult to predict product demand and other related matters and makes it more likely that VMware's actual results could differ materially from expectations. Because of this uncertainty, VMware is not providing revenue guidance for the full year 2009.

- For the first quarter of 2009, VMware is planning for total revenues of approximately $475 million.

- For 2009, the targeted GAAP tax rate is expected to be between 16 and 18 percent. This guidance includes stock-based compensation, amortization of intangibles, and FAS86 capitalization, representing 4 - 5 percentage points. This tax rate guidance does not reflect the impact of potential acquisitions.

VMware plans to host a conference call today to review its fourth quarter and full year 2008 results and to discuss its financial outlook. The call is scheduled to begin at 2:00 p.m. PT/ 5:00 p.m. ET and can be accessed via the Web at http://ir.vmware.com. The webcast will be available live, and a replay will be available following completion of the live broadcast for approximately 30 days.

- Although stock-based compensation is an important aspect of the compensation of VMware's employees and executives, determining the fair value of the stock-based instruments involves a high degree of judgment and estimation and the expense recorded may bear little resemblance to the actual value realized upon the future exercise or termination of the related stock-based awards. Furthermore, unlike cash compensation, the value of stock-based compensation is determined using a complex formula that incorporates factors, such as market volatility, that are beyond our control. VMware does not believe these non-cash expenses are reflective of ongoing operating results.

- The amount of employer payroll taxes on stock-based compensation is dependent on VMware's stock price and the timing and size of exercise by employees of their stock options and of vesting in restricted stock, over which management has limited to no control, and as such does not correlate to VMware's operation of the business.

- VMware's amortization of intangible assets includes the effects of EMC's acquisition of VMware in January 2004. Also, VMware does not acquire businesses on a predictable cycle. VMware therefore believes that the presentation of non-GAAP measures that adjust for the amortization of intangible assets and the write-off of in-process research and development, provide investors and others with a consistent basis for comparison across accounting periods and, therefore, are useful to investors and others in helping them to better understand VMware's operating results and underlying operational trends.

- The amortization and capitalization of software under FAS86 can vary significantly depending upon the timing of products reaching technological feasibility. VMware believes that by removing the variance in operating results caused by the net effect of applying FAS86, the non-GAAP presentation provides investors and others with a basis similar to that used by management for comparing the level of ongoing research and development expenses and related operational trends across accounting periods. VMware's non-GAAP financial measures may be defined differently than similar terms used by other companies and, accordingly, may not be comparable to similarly-titled non-GAAP financial measures used by other companies. There are significant limitations associated with the use of non-GAAP financial measures. Specifically, the non-GAAP financial measures that exclude stock-based compensation, intangible amortization, in-process research and development, and the net effect of the amortization and capitalization of software under FAS86, do not include all items of income and expense that affect VMware's operations. More specifically, in the case of stock-based compensation, if VMware did not pay out a portion of its compensation in the form of stock-based compensation and related employer payroll taxes, the cash salary expense included in costs of revenues and operating expenses would be higher. Payment of employer payroll taxes on stock-based compensation is also a cash expense for VMware and impacts the Company's cash position. In the case of intangible amortization, while not directly affecting VMware's cash position, it represents the loss of value of intangible assets over time. As a result, non-GAAP net income and non-GAAP net income per share, which exclude this expense, do not reflect the full economic loss in value of those intangible assets. Management compensates for these limitations by reconciling the non-GAAP financial measures to VMware's financial results as determined in accordance with GAAP, which reconciliations are set forth in the accompanying schedules to this release, in the current report on Form 8-K furnished to the SEC on the date hereof and on http://ir.vmware.com.

Statements made in this press release which are not statements of historical fact are forward-looking statements and are subject to the safe harbor provisions created by the Private Securities Litigation Reform Act of 1995. Such forward-looking statements relate, but are not limited, to our financial outlook for the first quarter and for all of 2009, continuing customer adoption and deployment of our products and architecture in the current economic environment, levels of demand for our products including priorities in customer spending, future prospects for our new strategic initiatives, and our strategic investments, the ability of our strategic relationships to develop and deliver solutions that meet customer needs, ongoing development, expectations for the release and delivery of our software products and our ability to meet future economic, business and competitive challenges. Actual results could differ materially from those projected in the forward-looking statements as a result of certain risk factors, including but not limited to: (i) adverse changes in general economic or market conditions; (ii) delays or reductions in consumer or information technology spending; (iii) competitive factors, including but not limited to pricing pressures, industry consolidation, entry of new competitors into the virtualization market, and new product and marketing initiatives by our competitors; (iv) factors that affect timing of license revenue recognition such as product announcements and beta programs; (v) our customers' ability to develop, and to transition to, new products, (vi) the uncertainty of customer acceptance of emerging technology; (viii) rapid technological and market changes in virtualization software; (ix) changes to product development timelines; (x) VMware's relationship with EMC Corporation, and EMC's ability to control matters requiring stockholder approval, including the election of VMware's board members; (xi) our ability to protect our proprietary technology; (xii) our ability to attract and retain highly qualified employees; and (xiii) fluctuating currency exchange rates. Current uncertainty in global economic conditions pose a risk to the overall economy as consumers and businesses may defer purchases in response to tighter credit and negative financial news, which could negatively affect product demand and other related matters. Consequently, customer spending on VMware products could be different from VMware's expectations due to factors including changes in business and economic conditions, including conditions in the credit market that could affect consumer confidence; customer acceptance of VMware's and competitors' products; changes in customer order and payment patterns; changes in the willingness of customers to enter into longer term licensing and support arrangements, the ability of third party service providers to fulfill their obligations to us and the ability of our channel partners to pursue joint development and marketing initiatives with us. These forward looking statements are based on current expectations and are subject to uncertainties and changes in condition, significance, value and effect as well as other risks detailed in documents filed with the Securities and Exchange Commission, including the report on Form 10-Q for the quarter ended September 30, 2008, which could cause actual results to vary from expectations. VMware disclaims any obligation to update any such forward-looking statements after the date of this release.

VMware (NYSE: VMW) is the global leader in virtualization solutions from the desktop to the datacenter. Customers of all sizes rely on VMware to reduce capital and operating expenses, ensure business continuity, strengthen security and go green. With 2008 revenues of $1.9 billion, more than 130,000 customers and more than 22,000 partners, VMware is one of the fastest growing public software companies. Headquartered in Palo Alto, California, VMware is majorityowned by EMC Corporation (NYSE: EMC). For more information, visit www.vmware.com. VMware is a registered trademark or trademark of VMware, Inc. in the United States and/or other jurisdictions. All other marks and names mentioned herein may be trademarks of their respective companies.