Quality and function inspection with VINSPECsolar for maximum efficiency 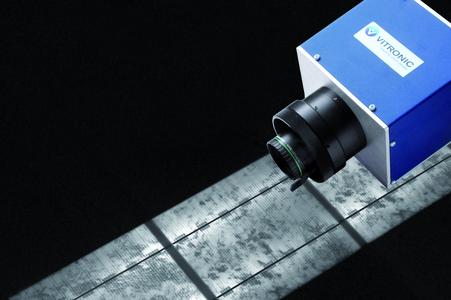 (PresseBox) ( Wiesbaden, 12-01-24 )
The quality of the cells used and the production processes in module production have a considerable influence on the resulting electrical performance of the solar module. This performance is reduced by defects such as cracks, inactive areas which are not detectable by conventional inspection systems. By using electroluminescence inspection from VITRONIC, all defect areas are automatically detected, displayed and classified by relevant software before lamination, so that reworking can increase the module's efficiency. Archived electroluminescence images of the finished module also serve as proof of the delivered quality.
In module production, cells, strings, matrices all the way to modules are subjected to mechanical and thermal stresses. Missing electrical connections or wrong wiring can also occur during soldering. In addition, the solar cells used can display quality deviations depending on where they were purchased. Using VITRONIC's VINSPECsolar electroluminescence inspection system detects inactive areas, cracks, weak active cells, cracks effecting electrical performance, micro-cracks and grid line interruptions. The inspections can be conducted on the solar cell string and solar cell matrix before or after lamination as well as on the finished module. This makes it possible for the module manufacturer to intervene and implement improvements before lamination, thereby optimizing the module's performance. A classification of the modules, based on the electroluminescence inspection, takes place after lamination and the images are saved as proof of the quality.

The electroluminescence process involves stimulating the solar cell string or module with electricity. Special cameras require only about one second illumination time to capture the weak light emissions of the cell as an electroluminescent image.
An automated image assessment, using specially-developed software methods (e. g. micro-crack detection) takes place in order to then display the defect areas on a monitor. The image is displayed on monitors of e.g. 46'' in size and can also be made available to reworking stations. The frequency of the individual defect characteristics is recorded and evaluated using the inte-grated statistics function.

The German company VITRONIC is one of the leading suppliers of camera-based in-line inspection systems for photovoltaics with more than 1,000 installed VINSPECsolar systems at over 70 customer sites around the world. VINSPECsolar solutions are not only suited for efficient and safe standard tasks in the quality inspection of solar cells, wafers and modules, they are also suited for complex inspection processes, extensive system integrations or flexible expansions.