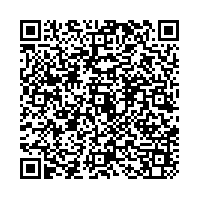 (PresseBox) ( Herzogenaurach, 13-03-19 )
In this year there were several reasons to celebrate: 15 years of VIPA International Sales Meeting, the merger with Yaskawa and the honor of the Distributor of the Year and the Distributor of History for partners who, with an outstanding performance in sales and marketing, have successfully developed the international business.

From March 11 to 13, the 15th International Sales Meeting of the VIPA GmbH took place in Herzogenaurach. "With more than 60 guests, this was one of the highest attended events of the last few years", commented Andrei Suares, export manager at VIPA. Together with our colleagues from Yaskawa, represented by Ralph Klein, General Manager Operations at Yaskawa Europe, all VIPA partners joined in deep and intense conversations about the future joint guidelines of VIPA and Yaskawa.

"The merger is in full swing and together with each individual VIPA partner we will find the ideal solution", Klein replied to the question about the future strategy.

Among others, the new products of the worldwide successful IO System SLIO were presented. The new CPU SLIO will be another milestone in VIPA's history. High performance combined with a high degree of flexibility and ingenuity.

Likewise, there is another groundbreaking development in system 300S close to being released. A CPU that connects two automation worlds. The well-known world of S7 with the world of EtherCAT within one hardware. "Imagine to configure an EtherCAT network by using your knowledge - just as you have been accustomed to in the S7 world. Something like that has not existed in automation in this form before", Nils Gotha, employee in the software development department, introduced the new SPEED7 Studio to the guests present. The clear advantage of VIPA hardware and VIPA software is that it is really easy to configure. You configure in the S7 code as previously and the brandnew engineering tool SPEED7 Studio does the rest of the work for you. So simple is the connection between EtherCAT and the S7 world.

"Once again VIPA proves that it is not tied to a standard or has to follow any major market suppliers, but remains open for its customers and their applications," Sascha Isinger, Product Manager at VIPA, describes these new and revolutionary developments. "Once more VIPA lives up to its reputation as lateral thinker," he continues.

Linkenbach once more convinced his team of the tasks ahead: "We are ready to conquer the automation market with our new partner Yaskawa. We have the right products, the right partners and the strength to take off in the next years.