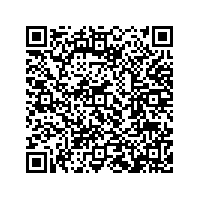 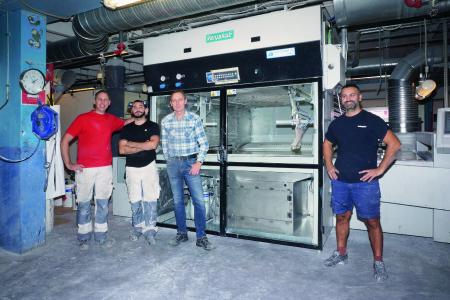 (PresseBox) ( Rheda-Wiedenbrück, 20-06-09 )
When it came time to replace its outdated spray coating machine, Ballingslöv, one of Sweden’s leading manufacturers of premium kitchens, decided to collaborate with the German system manufacturer Venjakob Maschinenbau. Within two weeks the new coating machine Ven Spray Comfort was up and running. And it was accomplished without any language barriers—since the Ven Spray Comfort can be operated in multiple languages.

“The user interface is optimally adapted to the needs of the operator. It is even possible to switch back and forth between different languages in a single operating level. Overall, it is a high-end coating machine, which is easy to operate and tailored to our needs”, explains Ulf Moberg, Project Manager for the Ballingslöv team, who is very impressed after the two-week test phase.

The renowned Swedish manufacturer of premium kitchens—Ballingslöv—has been successfully navigating the market for more than 90 years. Ballingslöv is known for its extensive selection of kitchen styles, a color palette that is unusual for Sweden, as well as superior quality materials and intelligent technical features.

Each day 150 kitchens are produced over several floors at the historical brick factory building of Ballingslöv headquarters. Roughly 2500 doors and other accessory parts are surface-treated during three-shift operation over five days per week.

The spray coating machine (third party brand) previously used for staining had been in operation since 1994. Due to the advanced age of this machine, Ballingslöv anticipated that it would be difficult to obtain spare and wear parts in the long run. Moreover, an obsolete control system posed too great a risk to production. A breakdown would significantly impact the entire kitchen production.

With its state-of-the-art technical equipment and intelligent control technology, the new machine Ven Spray Comfort from Venjakob fulfills all the requirements of a future-oriented manufacturer like Ballingslöv. Indeed, ongoing optimization of internal production processes requires accurate collection of production data for the performance of OEE analyses as well as assessment of the system performance. Also, the continuous technical availability plays an important role for all companies these days.

Another benefit of the Ven Spray Comfort: The new spray coating machine can be simply and conveniently operated after only introductory instructions. The multilingual operating panel is a real plus for the system operators. Multiple languages are available, which can easily be switched back and forth within a single operating level.

Three project teams were formed for the preparatory work and installation of the machine: on the customer end the team led by Project Manager Ulf Moberg—on the retailer end, the Jon Stenberg team, a Swedish retailer specializing in surface finishing—and on the manufacturer end the team from Venjakob.

Only two weeks during the company vacation were available for the renovation. That is not much time when you consider that the installation of a new machine in an existing infrastructure is a challenge not to be underestimated. Then there were the spatial issues. The low ceilings and narrow access paths on the historical factory premises were not designed for the proportions of modern machinery. This called for precision customization to transport the machine to its operation site.

After the old machine was dismantled by the Ballingslöv team in the first week, the transportation routes had to be prepared to move the Ven Spray Comfort. The access paths were measured down to the millimeter and the dimensions relayed to Venjakob. It turns out that the only way to fit the spraying machine through would be to reduce the height by several centimeters. The solution was quickly at hand: The “adjustable feet” beneath the machine were simply replaced with flat skids and the excess centimeters thus cut. The machine was delivered Monday morning at 8:15 a.m. at the beginning of the 2nd week. Transporting the new machine through the production hall went perfectly smoothly.

Thanks to the outstanding preparation on the customer’s part, by Thursday the machine was installed, in just three days. The integration of the control system into the overall plant followed, and the machine was successfully commissioned/started up.

Friday marked the beginning of the two-week test phase, which was promptly interrupted by a machine stop. This naturally caused quite a stir among the Ballingslöv team, since no one could explain what was causing the error. Perhaps a malfunction in the switch cabinet? This was in no way planned, yet it brilliantly showcased the immense advantages of having an integrated remote maintenance system. Via remote analysis the Venjakob engineers were able to quickly pinpoint the reason for the malfunction. The system was up and running again on the same day. This brief interlude left the customer feeling confident. “It is very reassuring when you experience first hand the kind of direct support you can count on in response to a malfunction”, stated Project Manager Ulf Moberg.