Acting with flexibility - in a changing world 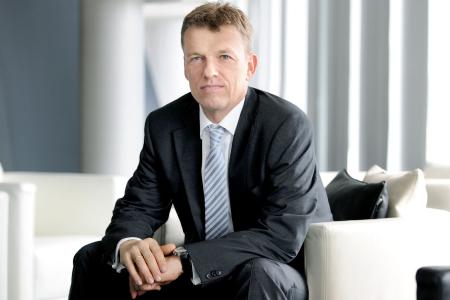 • Domestic orders growing, but still EUR 1.0 below long-term average
• Reducing the growing risk of double taxation via practically-based solutions
• 2017: No fundamental change in the trend identifiable

New orders booked in Germany by members of the VDMA Large Industrial Plant Manufacturers´ Group in 2016 totaled EUR 18.9 billion, which was 3 % down on the previous year and the lowest level since 2004. That also had an impact on employee numbers in Germany, which fell by 2 % to 57,600 employees (2015: 58,800). "In view of the challenging environment, characterized by low raw materials prices, overcapacities, strong competition and a range of political and economic risks, we see it as a sign of great competitiveness that large industrial plant manufacturing managed to hold practically stable in its markets," said Jürgen Nowicki, VDMA Large Industrial Plant Manufacturers´ Group spokesman and Member of the Board of Directors at Linde AG Engineering Division, on publication of the latest status report in Frankfurt on the Main.

Direction-giving moves by the German government in Hermes cover

In large industrial plant engineering coverage of export business by the so-called Hermes-Cover plays a crucial role. The German government has simplified provisions concerning the capacity to cover foreign deliveries and services and made the approvals process more transparent in those cases where the foreign shares exceed 49 percent of the export order to be protected. From the VDMA's point of view this was an important and necessary step. However, markets and value-added chains are changing, and increasingly tenders in developing and emerging countries are making provision for greater local content. For that reason alone, German bidders – who are bound by the OECD rules – are at a disadvantage compared to their Asian competition, since coverage of local services is severely restricted under the OECD rules. Large industrial plant manufacturing is therefore calling on the Federal government of Germany to commit itself to securing a "level playing field", including in the next parliamentary term, and notably to extending the coverage of local costs.

Starting from a high export share of over 80 %, the project business of VDMA Large Industrial Plant Manufacturers´ Group members is characterized by extensive construction works overseas. For that reason, however, the companies are required to cope with double taxation of the proportionate profit from the permanent establishment – in other words, the same profit is taxed both in the land where the work is undertaken and in Germany. The reasons for this frequently lie in the absence of double taxation agreements (DTA) with the countries concerned, in the lack of harmonization regarding the earnings assessment and in declining adherence to the agreement where DTAs are in place. At the same time, markets in Africa are becoming more important. However, 54 states there have 54 different tax systems, with little attempt at harmonization. In 2017, Germany maintains a double taxation agreement with just twelve African states. The VDMA is therefore calling for a higher number of agreements to be concluded, and for practically-based solutions where double taxation has arisen.

Foreign orders fell by 10% – major orders from Egypt and Russia

In export business, orders fell by 10 %, to EUR 15.2 billion (2015: EUR 16.9 billion). Almost all regions were affected. The downturn in the Middle East was particularly notable, where plant construction customers have put back investments due to the low oil price. However, in emerging countries such as Brazil, India and Mexico the trend in new orders was similarly disappointing. Despite this, demand stabilized in the industrialized countries and in the Asia- Pacific region, with China the most important market. Jürgen Nowicki commented: "A number of mega-projects in Egypt and Russia ensured that export business did not contract further. At the same time, the number of major orders between EUR 125 and 500 million project value, typical for large industrial plant manufacturing and important in terms of capacity utilization, remained at a very low level."

Domestic orders growing, starting from a low base

There were small glimmers of light in domestic business in 2016. Even so, the level of orders remained low, at EUR 3.7 billion, which is around EUR 1 billion below the long-term average (2007 to 2016: EUR 4.6 billion). As previously, the clear absentee is major orders for thermal power stations. "Recently, Germany´s energy transition has caused a structural collapse in conventional electricity generation, which has involved the near-total loss of the home market," said Nowicki, commenting on the current trend.

In large industrial plant manufacturing, the focus is increasingly shifting to mid-sized projects below EUR 100 million. This trend is being driven in part by changed customer requirements. Purchasers are looking for the supply of modular plants equipped with digital interfaces and capable of flexibly manufacturing small batch sizes. This trend is observable particularly in the steel industry and in paper manufacturing, as well as in the wood industry and in energy generation. Large industrial plant manufacturing is responding to these new market requirements by adapting management processes geared to large project business to these new parameters. Jürgen Nowicki commented: "Flexibility and speed of reaction are the new trump cards in this environment."

The sector is looking to boost its EPC-capability

Although the trend in demand for mega-plants is falling, taking on EPC-responsibility for projects (EPC: Engineering, Procurement and Construction) remains at the top of the agenda for large-scale plant manufacturers. This is because customers are increasingly demanding complete packages, which also includes taking on responsibility for overall management. VDMA Large Industrial Plant Manufacturers´ Group members are responding to this trend by further expanding their competences in risk and project management, and also in contract and claims management, from their existing high level.

The companies are also reinforcing their expertise in construction management. In relation to this, the subject of HSE – the plant constructor's responsibility for the health and safety of its employees and for protecting the environment – is becoming increasingly important. In order to satisfy the growing legal specifications and the extensive customer requirements, VDMA Large Industrial Plant Manufacturers´ Group members have expanded both their staffing and their know-how in this area. "Ultimately, the area of responsibility for plant constructors – particularly on building sites – encompasses both their own employees and also the safety of employees working for subcontractors and of freelancers. We take this task very seriously," explained Nowicki.

2017 outlook: Optimism due to technological strength

VDMA's Large Industrial Plant Manufacturers´ Group members do not anticipate any change in trend during this year. According to the latest survey of members, the overwhelming majority of companies are anticipating, at best, sluggish sales and a fall in employee numbers within Germany. However, around half of those surveyed are hoping for a modest increase in new orders.

In view of the lack of impetus for growth in many industrialized and emerging countries, the sector is currently engaging intensively in looking to develop new markets in Africa and in South and Central Asia. In addition, promising sales opportunities are arising in the USA and in Iran. "The VDMA large industrial plant manufacturers continue to be innovation and technology leaders in the global market. High service and training competence and the ability to operate plants and to equip and retrofit them with digital intelligence are further specific strengths of the industry. To that extent, companies are looking optimistically to the future," is the summary from group spokesman Jürgen Nowicki.

The VDMA Large Industrial Plant Manufacturers´ Group represents the interests of its members, and it is the largest network of German companies in the industry. Member companies have an annual order intake of around EUR 19 billion and employ around 58,000 people in Germany. With a worldwide market share of 15 % and an 80+% export quota, the companies provide major stimulus for the domestic supplier industry. For more information, visit www.grossanlagenbau.vdma.org

Recommend Acting with flexibility - in a changing world press release