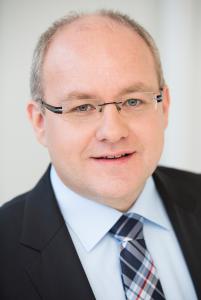 (PresseBox) ( Möglingen, 17-03-29 )
The Management Board and the Supervisory Board of USU Software AG (ISIN DE000A0BVU28) will propose an increase in the dividend for 2016 of around 15% to EUR 0.40 per share at the Annual General Meeting on July 4, 2017. This substantial profit distribution reflects the successful development and positive future prospects as well as the shareholder-friendly dividend policy of USU Software AG and its subsidiaries (hereinafter referred to as "USU" or the "USU Group") and serves to mark the Company's 40th anniversary in 2017.

In the 2016 fiscal year, the USU Group again grew at a significantly faster rate than the IT market as a whole. According to the audited figures for 2016, the Group achieved new records in terms of its sales and operating result, thereby closing the year successfully. USU increased its IFRS consolidated sales by 9.1% year-on-year to a total of EUR 72,101 thousand (2015: EUR 66,091 thousand). The main growth driver in the period under review was the high-margin SaaS and maintenance business. The Product Business segment contributed a total of EUR 57,141 thousand to consolidated sales, representing year-on-year organic sales growth of 8.8% (2015: EUR 52,508 thousand). At the same time, USU increased consulting-related sales in the Service Business segment by 8.9% to EUR 14,787 thousand (2015: EUR 13,583 thousand).

In regional terms, the sales growth was due primarily to the extremely strong domestic business. At the same time, revenue generated outside Germany also increased by 1.5% to EUR 20,429 thousand in the 2016 fiscal year (2015: EUR 20,122 thousand). This comparatively moderate rise was due in particular to some major European customers preferring the usage-oriented SaaS model over license purchases.

Thanks to its substantial sales growth accompanied by a moderate expansion in the cost base, the USU Group increased its earnings before interest, taxes, depreciation and amortization (EBITDA) by 9.2% year-on-year to EUR 10,782 thousand in the 2016 fiscal year (2015: EUR 9,878 thousand). After depreciation and amortization expense totaling EUR 2,484 thousand (2015: EUR 2,288 thousand), USU generated earnings before interest and taxes (EBIT) of EUR 8,299 thousand in the same period, an increase of 9.3% on the previous year (2015: EUR 7,590 thousand).

Income tax expense amounted to EUR -1,526 thousand in 2016 after tax income of EUR 501 thousand in the previous year. This was due to a positive non-recurring tax effect in deferred taxes in 2015 resulting from the conclusion of a profit transfer agreement in connection with the acquisition of BIG Social Media GmbH. Accordingly, the USU Group's IFRS consolidated net profit declined by 19.1% year-on-year to EUR 6,784 thousand (2015: EUR 8,382 thousand). At the same time, earnings per share amounted to EUR 0.64 (2015: EUR 0.80).

In light of the current outlook, the Management Board expects the Company to maintain its sales at above the overall market level in the current fiscal year while continuing to improve its operating earnings. The guidance for 2017 anticipates consolidated sales in the range of EUR 83-88 million and adjusted EBIT of EUR 10-11.5 million. This dynamic performance will be based on the three established growth pillars of the USU Group: the development and launch of innovative new products, inorganic growth through further acquisitions, and the systematic expansion of the Group's internationalization. Intensified marketing and sales activities are planned in order to achieve even faster growth in the attractive foreign markets of the US and Europe. The new medium-term forecast to 2020 involves sales growth to EUR 140 million accompanied by the doubling of adjusted EBIT to over EUR 20 million.

The IT Management division supports companies with extensive ITIL®-compatible solutions for strategic and operational IT & enterprise service management. With USU solutions, customers gain an overall view of their IT processes and IT infrastructure and are able to transparently plan, allocate, monitor and actively manage IT services. USU is one of the world's leading providers in the software license management sector.

With intelligent solutions and expertise in digital interaction, USU is a prime mover in the digitization of business processes. Standard software and consulting services help to automate service processes and actively provide knowledge for all communication channels and customer contact points in sales, marketing, and customer service. Our range in this field is rounded off by system integration, individual applications and software for industrial big data.