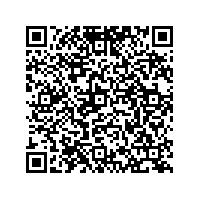 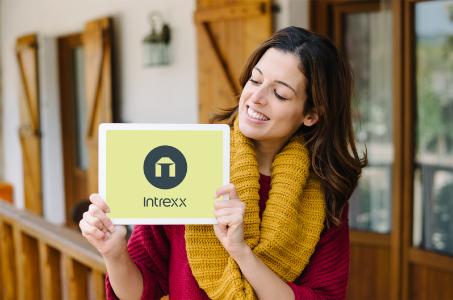 (PresseBox) ( Freiburg, 19-05-20 )
With the release of Intrexx Version 19.03, United Planet is consistent in continuing along the path started with Intrexx 18.09. Intrexx 19.03 carries on with the changes introduced in the previous version and enhances these significantly. The new features allow Intrexx to be integrated into existing systems even more effectively; meaning costs and workloads can be reduced even further.

April 29, 2019: With the current Intrexx Version 19.03, United Planet proves just how far ahead of their time low-code development systems are. Using the newly developed REST API, the existing external system can be integrated into the digital workplace easier than ever before. This means companies can administrate deployed external systems from a central location without employees having to log in to the external systems. When data from multiple systems is brought together in one place, it opens up brand new competitive advantages and accelerates operation and the everyday procedures as a result. Therefore, companies do not have to forgo long-term managed data and systems but rather they can merge these on one interface. With the new portlet framework, data is then laid out clearly and tailored to the respective end device. At a glance, every employee sees all data and information that they need at that time. This makes working with the digital workplace easier, makes it location-independent, reduces information overload and increases employee commitment significantly. True to the motto: Everything in one location!

The switch to Java Runtime 11 with Intrexx 19.03 not only provides companies with planning security but also the ability to use their own existing Java licenses. This allows them to consolidate their licenses and thus save on costs.

Consistent, continual development of the functions introduced with Intrexx 18.09

Intrexx 19.03 not only contains new functions but also consistently builds on the changes introduced with Intrexx Version 18.09.
Especially large companies or companies with multiple branches can present different information to each tenant within one interface using the multi-tenancy capability. This consolidates the various systems implemented for each client to date, increases development efficiency, and reduces costs.

(The multi-tenancy capability enables companies with multiple branches, to define access permissions and applications precisely.)
Intrexx 19.03 is elastically horizontally scalable on almost all cloud platforms. Depending on the load, nodes can be added or switched off automatically. This provides increased performance at peak usage times while taking advantage of quieter times to save costs.
Alongside the standard Intrexx Connectors for SAP, MS SharePoint, IBM Lotus Notes, MS Office 365 etc., additional external systems can be integrated into Intrexx 19.03 easily and completely via the Connector API. As a result, companies have one system as a digital workplace without having to forgo existing systems.
Intrexx 19.03 speeds up the application creation process by allowing multiple developers to work parallel without losing track of the current version.

Low-code as a catalyst for digitalization

With its low-code development properties, Intrexx Version 19.03 offers all benefits of a sustainable low-code system as well as significant cost reductions. Five-times-faster application development and a higher ROI are just some of the key factors for low-code systems. With these, companies have the opportunity to implement the urgently required digitalization quickly, easily and with little risk now.

United Planet has been giving customers a helping hand with the digital transformation since 1998.

Together with more than 100 highly trained partners, we have been able to support 5,000 companies on their journey from analog to digital to this day. Whether the focus is on internal communication, business processes or collaboration with partners, our software Intrexx is the perfect tool for the job. Intrexx is the low-code development platform for your digital workplace.

With an ROI of less than 12 months, analog becomes digital and complicated becomes easy.