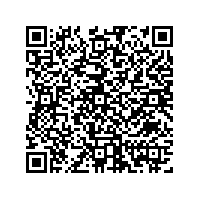 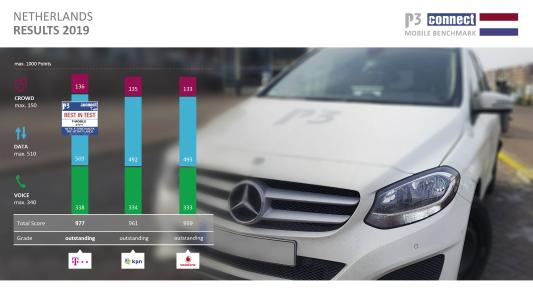 (PresseBox) ( Aachen, 19-04-02 )
P3, the international leader in benchmarking mobile networks in co-operation with connect, an international telecommunication test magazine for consumers, have named T-Mobile as the “best in test” operator in the latest P3 connect Mobile Benchmark in The Netherlands. Following a series of tests both drivetest, walktest as well as crowdsourcing measurements, T-Mobile does not only manage to lead in all tested disciplines, but it even again achieves the highest score measured by P3 in the history.

For the well-established and industry leading annual ranking, P3 has tested the three Dutch networks of KPN, T-Mobile and Vodafone. The highly sophisticated range of measurements led across 21 cities, 31 towns and along 3,730 kilometres on the roads. Walktests were also conducted as well as tests on railways.

With a score of 977, T-Mobile clearly leads in all tested disciplines – including the newly introduced crowdsourcing. The operator even achieves the highest score determined in the P3 connect Mobile Benchmark the second time in a row.

KPN and Vodafone follow behind the winner at some distance. With their scores, only two points apart from each other, they show practically the same level of performance. KPN ranks second with a score of 961 points and the biggest score improvement compared to last year’s results. In a neck-and-neck race with an almost equally strong Vodafone, KPN scored slightly better in the Voice and Crowdsourced Categories. With a score of 959 Vodafone ranks third keeping its high-performance level of last year. Vodafone scores slightly better than KPN in the Data Category and shows particularly strong results in the walktests conducted in bigger cities. An elevated level of degradations observed during the summer of 2018, costs this operator some points in the crowd score.

Since the previous year, walktests conducted while travelling on trains are part of the P3 connect testings in the Netherlands. Here, all three Dutch operators score slightly lower than last year. This might be explained with the different test routes chosen this year and/or with more travelers putting additional stress on the networks as well as the trains types used this year, as the newer trains have huge attenuation. However, given the challenging environment of railway wagons, all three operators still achieve good results. T-Mobile and Vodafone score practically on the same level. Overall, the performance on Dutch trains is clearly ahead other European countries such as Germany or the UK.

The P3 connect Mobile Benchmark is totally independent combining the expertise of P3, the industry’s advocate and global authority regarding measuring network performance, with more than 25 years of editorial experience and testing knowledge of connect that is regarded as a leading consumer authority in Europe. The independent benchmark methodology of P3 assures a fair, transparent and neutral evaluation of the networks under test. The benchmark is positioned to be a unique measure for management and supervisory boards to compare their networks with others, and for customers to get a better understanding of how the different networks are performing.

umlaut and Velodyne to rock the ADAS/AV sensor market