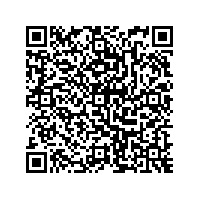 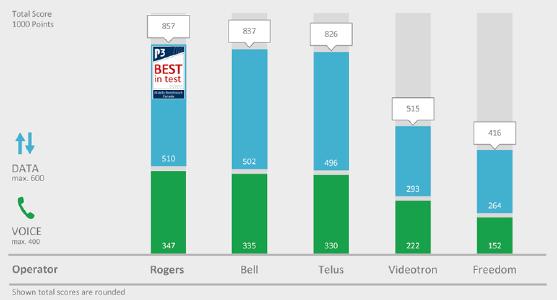 (PresseBox) ( Aachen/Toronto, 19-09-19 )
P3, the international leader in benchmarking mobile networks, has named Rogers as the “BEST in test” operator in Canada winning the P3 Mobile Benchmark. P3 frequently tests mobile networks in more than 120 countries in the world, the P3 methodology is globally acknowledged as the de-facto industry standard. In Canada, P3 tested and measured Bell, Freedom, Rogers, Telus and Videotron’s network performance using smartphones for voice and data services in metropolitan and rural areas. Rogers is the overall winner with best rated in Voice and Data, Bell comes in second, followed by Telus. The three leading operators put a strong focus on customer experience.

“Our unique testing and scoring methodology focuses on the customer’s network experience and covers a wide range of mobile services, including popular applications for streaming, social media and voice. We see Rogers ahead of the competition overall. This is particularly remarkable in a large country as Canada and shows that the operator is continuously investing in its network,” says Hakan Ekmen, CEO of P3 Telecommunication.

The P3 Mobile Benchmark Canada measurements were conducted between May 6 and July 15, 2019. Covering 61 percent of Canada’s population, it included drivetests, walktests and railway tests. The drivetests took part in cities and towns as well as on connecting roads, measuring a distance of 6,000 kilometres. The walktests covered the major cities of Vancouver, Calgary, Edmonton, Toronto, Ottawa, and Montreal.

P3 measures smartphone voice and data performance based on extensive drive-tests – from major metropolitan areas to smaller cities, roads and railways. These are complemented by walk-tests in big cities with a special focus on busy areas, on public transport and in frequently visited buildings, like shopping malls, train stations etc.

Voice services are tested by assessing smartphone-to-smartphone calls, including background data traffic in parallel. This scenario is a typical example of modern customer-usage patterns and helps stretch network capability to its limits. The success of the call set-up and termination is evaluated as well as the voice quality over the bi-directional audio channel.

Data services are tested by browsing the most popular web pages, by transferring files, and by playing HD (1080p) YouTube videos (two videos on demand and one live stream), using YouTube’s adaptive bitrate feature to adapt the resolution to the available network conditions. File transfer performance is evaluated on access success rate, stability and the data-transfer rate. For the YouTube tests interruptions are also reported. Further, an OTT-application is used to assess the availability of social media downloading a personal Facebook feed and uploading a photo.

The independent methodology of P3 assures a fair, transparent and neutral evaluation of the networks under test. P3 evaluates more than 200 mobile networks in more than 120 countries worldwide with their unique scoring method. The methodology is acknowledged as the de-facto industry-standard and provides a unique measure for management and supervisory boards to compare their networks with others, and for customers to make better decisions for their subscriptions.