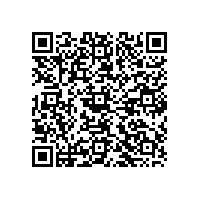 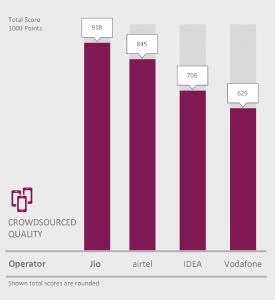 (PresseBox) ( Aachen/ New Delhi, 19-09-13 )
P3, the industry leader in mobile benchmarking, has announced the results of the first Mobile Benchmark for India evaluating the four mobile networks airtel, IDEA, Jio and Vodafone. Applying the P3 methodology, which is today the acknowledged de-facto industry-standard in more than 120 countries, P3 conducted a crowd-based analysis.

In five out of six categories Jio is ahead of the competition.

”It is particularly remarkable that Jio leads in five out of six categories. With a score of over 940 points, Jio is clearly ahead of competition and ranks among the top networks worldwide”, says Hakan Ekmen, CEO of P3 Telecommunication.

The unique crowdsourcing technology allows P3 to collect data about real-world customer experience in a truly passive way. For the collection of crowd data, P3 has integrated a background diagnosis processes into 900+ diverse Android apps. If one of these applications is installed on the end-user’s phone and the user agrees, anonymous data collection takes place 24/7, 365 days a year on this device. Reports are generated for every 15 Minutes and daily sent to P3’s cloud servers. P3’s crowd-sourcing data set is the most realistic, since it is the most diverse that is currently available in the market - in terms of locations, geography, times, devices, subscriptions, networks, technologies and smartphone usage patterns.

About the P3 Mobile Benchmark India
The independent methodology of P3 is acknowledged as the de-facto industry standard assuring a fair, transparent and neutral evaluation of the networks under test. P3 conducts mobile network benchmarks, audits and reviews in more than 120 countries worldwide. They serve as a unique measure for management and supervisory boards to compare their networks with others, and for customers to make better decisions for their subscriptions.