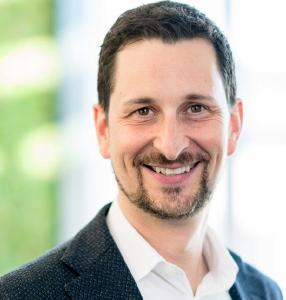 (PresseBox) ( Stuttgart, 19-04-24 )
With a sales share of almost 30 percent, Germany is LAPP's most important sales market. In order to get the organization into even better shape both strategically and structurally to face the challenges of the future, Karl Heckl took over the responsibility for sales in Germany as Executive Vice President Germany in September 2018.

"Karl Heckl has extensive experience in sales and market management as well as in automation. With his great international know-how, he can continue to support us on our growth course and enrich our sales team with new impulses," says Matthias Lapp, Managing Director of U.I. Lapp GmbH and CEO for the LA EMEA region (South America, Europe, Middle East, Africa).

"The market is changing, so we need to change the way we work in sales. Above all, we need to better understand our customers' strategy and how we can help them become better and more productive with tailored, innovative connectivity solutions. Because if our customers are successful, we remain successful as well," emphasizes Heckl. "In contrast, traditional component sales will increasingly take place online - for example via configurators that allow customers to put together their own suitable solution at any time of the day or night.

Competent consulting is an important success factor. For this reason, LAPP has launched a worldwide training initiative, for example, to train all employees with direct or indirect customer contact in the areas of automation and industrial data communication.