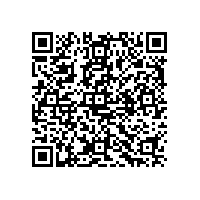 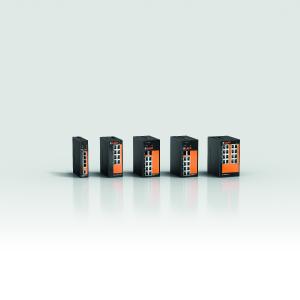 (PresseBox) ( Stuttgart, Germany, 19-11-04 )
Industrial machines increasingly communicate via Ethernet networks - they are the nerve paths of the intelligent factory. The performance of the data connection depends not only on the cables but also on the peripherals, above all on the switches, the data traffic controllers. LAPP, the world market leader for integrated connection solutions, has also been offering switches in its product range for two years to ensure that the two interact optimally. The feedback from customers was extremely positive and the demand for further variants was high. For this reason, LAPP is expanding its range of active components for SPS 2019 to include additional industrial switches that offer a range of additional benefits.

The new ETHERLINE® ACCESS switches are available in different versions with four to 16 ports, also in combination with ports for fibre optic cables and as a Power-over-Ethernet variant. All switches have robust metal housings and are designed for DIN rail mounting. Special highlights are the smallest Profinet switches on the market:

ETHERLINE® ACCESS PNF04T, PNF08T, PNF16T: None smaller than this
In decentralized control cabinets in production, things get tight. Sometimes it can be difficult to close the doors when they are fully equipped with switches and cables. For such cases, LAPP now introduces that smallest PROFINET® switches on the market. They are available with four, eight and 16 ports. They are compact, flat and mounted on the DIN rail in no time at all. Nevertheless, the small devices come with a lot of useful functions. The switches comply with Conformance Class B. They are all managed and can be configured via a web interface. And they can withstand extreme temperatures from -40 °C to +75 °C and all other adverse conditions in harsh industrial environments.

ETHERLINE® ACCESS NF04T NAT/Firewall: Brokers between IP networks
This switch is used where there are conflicts due to multiple IP addresses. It has three LAN ports and one WAN port that connects the switch to a higher-level corporate network. The NAT functionality translates the same IP addresses at machine level into different IP addresses at company level. Or, the switch translates different external IP addresses into a different address range for the machine-level network. Port forwarding and routing mode are also on board. All this is contained in the same ultra-compact housing as with the aforementioned Profinet switches, where temperatures of -40 °C to +75 °C are also permitted.

ETHERLINE® ACCESS M08T02SFP and M08T02GSFP: Going further with light
When high transmission rates over long distances are required, there is no way around fibre optic cables. In addition to the eight RJ45 ports, each of these two managed switches also has two SFP ports for connecting fibre optic cables, with the ETHERLINE® ACCESS M08T02GSFP for fast Gigabit Ethernet. LAPP places a premium on robustness. These switches can also withstand temperatures between -40 °C and +75 °C, are IP40 protected against the ingress of foreign bodies and can be supplied with redundant power. LAPP also offers suitable SFP standard modules for converting optical into electrical signals. The SFPs are available in four variants: for 100 Mbit/s or 1 Gbit/s and for single-mode or multi-mode transmission.

ETHERLINE® ACCESS U04TP01T: Power over the line
A useful feature of Ethernet cables is that they can transmit electrical energy as well as data. Although their performance is low, they are sufficient to supply cameras in quality monitoring or Wifi access points, for example, and a separate power supply can then be dispensed with. The unmanaged ETHERLINE® ACCESS U04TP01T switch has four RJ45 ports with Power over Ethernet for powering the connected peripherals and one port for Fast Ethernet. Such switches are often used near machines where they are exposed to extreme temperatures. For this reason, this model was also designed for temperatures from -40 °C to +75 °C. The switch can be used in a wide range of applications.

LAPP will be presenting its extensive portfolio of ETHERLINE® ACCESS switches at SPS Messe 2019 in Hall 2, Stand 310.