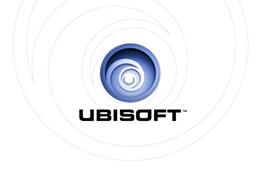 Today, Ubisoft, one of the world’s largest video game publishers, reported its sales for the first fiscal quarter ended June 30, 2007.

First-quarter sales for 2007-08 exceeded the forecast of approximately €120 million announced when Ubisoft released its sales figures for fourth-quarter 2006-07. This performance was primarily attributed to the following:
- The continued success of Tom Clancy’s Rainbow Six® Vegas on Xbox 360™ as well as its launch on PLAYSTATION®3 and PSP™.
- The release of Surf’s Up™, Prince of Persia®, Oblivion™ and Call of Juarez™.
- Back catalog games, which accounted for over one third of total sales for the period, particularly thanks to the Petz® series and Teenage Mutant Ninja Turtles™.

In first-quarter 2007-08, 79% of the Group's sales came from games for new-generation consoles, compared with 42% in the comparable prior-year period. This increase particularly reflects a sharp rise in sales of games for the PLAYSTATION®3 (21% of sales) and the Nintendo DS™ (16%, versus 3% in the first-quarter 2006-07).

Yves Guillemot, CEO of Ubisoft stated "Ubisoft has made a solid start to the year, and continued to win market share. Momentum was particularly strong during the period for European sales, which climbed 109% thanks to the ramp-up of new-generation consoles and the impact of PS3 game sales, including Tom Clancy’s Rainbow Six Vegas and Oblivion. Our performance during this quarter has once again proved the relevance of our early positioning in the casual gaming sector, as demonstrated by the success of our DS and Wii games. Lastly, we were able to present one of the best game line-ups in the industry at this year’s E3, in terms of both quality and diversity. Assassin's Creed, Brothers in Arms, Haze, Tom Clancy's Splinter Cell Conviction and Tom Clancy's End War are some of the most highly anticipated games of the year. At the same time, our portfolio of upcoming casual games will enable us to strengthen and broaden our current offering, and to reach new consumers."

Outlook
Ubisoft expects second-quarter 2007-08 sales to remain stable at approximately €105 million. The period will see the following main releases:
- Tom Clancy’s Ghost Recon Advanced Warfighter®2 on PLAYSTATION®3, PC and PSP™.
- The Settlers®6 for PC.
- Jam Sessions™ on Nintendo DS™.
- The European launch of the game based on the animated movie Surf’s Up™.

Outlook for full-year 2007-08
In light of our first-quarter performance, which exceeded forecasts, as well as the positive feedback for our games at this year's E3, Ubisoft has raised its performance targets for full-year 2007-08. The Group’s 2007-08 sales target is now approximately €825 million, and it expects current income before stock options to represent at least 9% of sales, compared with the previously-announced forecasts of €800 million and at least 8% of sales.

In a separate press release, Ubisoft announced today that it will develop and publish the video game based on Twentieth Century Fox's "Avatar," the upcoming feature film written and directed by Academy Award®-winning filmmaker James Cameron, whose previous films include "Titanic," "True Lies," "The Abyss," "Aliens," "The Terminator" and "Terminator 2: Judgment Day." The game is expected to release in conjunction with the movie's planned opening in May 2009.

On July 17, 2007, Ubisoft announced that it had sold its 18.89% stake in Gameloft (13,367,923 shares) to Calyon. At the same time, Ubisoft entered into an equity swap agreement with Calyon under which Calyon has 24 months to sell the shares on the market and any and all changes in the Gameloft share price will be recorded in full by Ubisoft. This transaction will only impact Ubisoft’s income statement and generate cash inflows when Calyon sells the Gameloft shares on the market.

Strategic expansion of the casual games offering: Ubisoft has invested in the expansion of an internal development structure dedicated to the creation of Games for Everyone. Among the new team’s first projects are the launches of two new product lines – "My Coach" and "Imagine™" – as well as the expansion of the already successful Petz® franchise.

Ubisoft to develop the video game based on the motion picture "Beowulf": Ubisoft, Paramount Pictures and Shangri-La Entertainment have announced a partnership to create video games based on “Beowulf™”, the upcoming feature film from Robert Zemeckis, starring Angelina Jolie, Anthony Hopkins and John Malkovich. The movie is scheduled to open in late 2007.

Planned expansion of Ubisoft's Moroccan studio, with the aim of creating 150 new positions by 2010.

Ubisoft is a leading producer, publisher and distributor of interactive entertainment products worldwide and has grown considerably through a strong and diversified line-up of products and partnerships. Ubisoft has offices in 25 countries and sales in more than 55 countries around the globe. It is committed to delivering high-quality, cutting-edge video game titles to consumers. Ubisoft generated sales of €928 million for the 2007-08 fiscal year. To learn more, please visit www.ubisoftgroup.com.