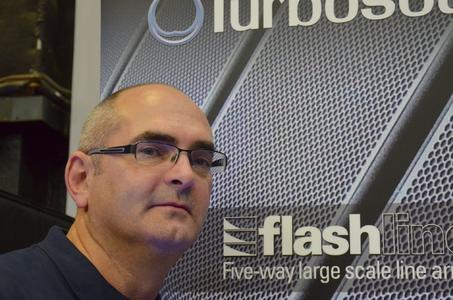 (PresseBox) ( ., 13-10-23 )
The MUSIC Group is pleased to announce the appointment of Nick BELLIS to the position of Customer Support, MUSIC Group Professional Division, effective October 6, 2013.

Nick brings to the MUSIC Group a 25-year career as a respected FOH and monitor sound engineer and system tech with Liverpool-based pro audio rental company Adlib Audio, who specialise in concert touring, festivals, and corporate events as well as major sound and lighting installations. In this role he has worked all over the UK, Europe and North America on major concert tours and shows by Bon Jovi, Public Enemy, GUN, Calvin Harris, Amy Winehouse, Oasis, and The Beastie Boys. As well as his extensive work as a live engineer - often trudging through the mud at Glastonbury, Download, Rockness, and the Leeds and Reading festivals to get to his FOH position - he has also spent over 15 years delivering professional audio installations and tour sound sales, representing JBL, Tannoy and Soundcraft, bringing a wide range of professional loudspeaker experience and knowledge to his new role.

Nick was for six years the UK Installation manager for Tannoy, responsible for sales of the company's install products, where he developed the business into a £6 million turnover. Later he moved on to become UK Tour Sound sales manager for Sound Technology, where he was instrumental in the launch of the Soundcraft Vi1 digital console.

When not behind a digital console or rigging a line array, Nick can be found laying down funky grooves with his V Drums in his DAW-based home studio. "When you're out every Saturday night with the PA company there's precious little time left to be a musician," he says, "but I like to keep working on my chops." He is also an avid Liverpool supporter.

Nick says, "I'm really excited to be joining the MUSIC Group, and very proud to represent the world-renowned TURBOSOUND brand with its excellent range of portable, installation and tour sound products. This is a fabulous time to be part of the MUSIC Group's bright future going forward with the rest of their prestigious brands including MIDAS and KLARK TEKNIK."

It is my pleasure to welcome Nick to the MUSIC Group team and I wish him every success in his new role.

TURBOSOUND is a leading designer and manufacturer of professional loudspeaker systems serving the most demanding audio professionals on major tours, festivals, theatre, worship and A/V markets. Since building their first system for seminal rock group Pink Floyd in the late 1970s, a number of principal patents and honours have been bestowed upon TURBOSOUND including three Queen's Awards; most recently for Innovation in 2012, which recognises two ground-breaking design concepts - the Polyhorn and Dendritic waveguides. Both now form the heart of TURBOSOUND's core product ranges - Aspect, Flex Array and large-scale Flashline loudspeaker systems.