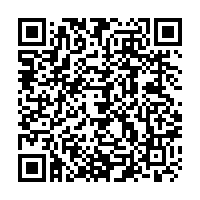 (PresseBox) ( Heidelberg, 15-08-10 )
57 percent of companies want to increase their budget for eLearning over the next three years. That was one of the findings of the eLearning Journal Benchmarking Study 2015 powered by tts, which surveyed 695 companies in German-speaking countries. Corporate leadership has the biggest say on investments - mentioned in 41% of cases - but personnel and functional departments as well as direct managers have an influence on how the learning budget is used. The results of the survey were presented at the tts Forum, which took place on 11 June 2015 in Heidelberg.

IT training at Number 1

In terms of the focus of eLearning, Microsoft Office, SAP and other IT topics are in front (mentioned by 65%), followed by product training (60%) and compliance training (55%). In these areas tts is especially active, for example through Guides for Office 2010 and 2013 as well as Office 365/Online. Content is being produced autonomously in 64% of the firms with the help of authoring tools. Here too, tts offers the right tool: tt performance suite accompanies authors from concept to publication via all phases of eLearning creation. Numerous templates save lots of time in the production process. A further advantage: the authoring tool can be directly integrated into the Learning Management System (LMS).

According to the survey 61% of the respondents use a commercial LMS, because they value consultancy and service. The higher expenditure compared with an open source solution is only a factor for 23% of respondents. As a full-service vendor tts offers, with SAP SuccessFactors, a high-performance LMS and works with customers from requirements analysis through to rollout.

The overwhelming majority of the organizations surveyed (70%) are implementing their LMS as a content platform for the provision of web-based training (WBTs). 56% import external content via the SCORM standard. In 54% of firms learning successes are also checked and controlled via the LMS.

Employees are overwhelmingly learning informally - this was also confirmed by the Benchmarking Study. Consequently half of all organizations are providing informal learning via coaching and learning partnerships. To relieve the pressure on key users and mentors, tts has developed a performance support solution, which helps employees in their "moment of need" to find the right solution with just two clicks. They then get not only the information relevant to what they need to do, but are led through the individual work steps graphically in the context of the current task.

You can download the Benchmarking Study free of charge on the tts homepage by following this link: www.tt-s.com/elearning-study/

tts is a full service provider for talent management and corporate learning. With innovative solutions in the IT and SAP environment, tts helps organizations to develop to their full potential. The tts portfolio covers talent management (SAP Human Capital Management and SAP SuccessFactors) and corporate learning (training and e-learning), together with the tts software tt performance suite (authoring & documentation solution plus performance support). With its corporate HQ in Heidelberg, tts is also represented in nine European cities and the USA. Find out more at www.tt-s.com.