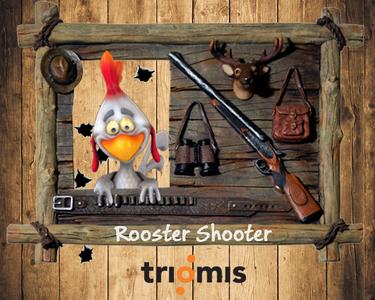 (PresseBox) ( Dortmund, 13-03-19 )
In this competition the best Windows Phone mobile app developers compete in a knockout round against each other to gain the title "Windows Phone App Next Star" . The best app gets a prominent place in an outstanding television commercials for Microsoft's mobile operating system, and therefore a large awareness.
For the competition Microsoft employees selected 64 apps with the best quality among 9,000 candidates, which now compete against each other in weekly running precipitations. Now until 8 April the public audience decide how will be the winner and the next App Star.
But not only the winner get a prize, even the participants in the election will receive prizes. Microsoft raffles daily among all participants a Nokia Lumia 920.
"We are proud to be one of the 64 finalists for the Windows Phone App Next Star." said Stephan Thurek, founder and CEO of triomis GmbH. "It is a great honour that we were able to prevail based on the quality of our solutions versus 9000 competitors."
The Rooster Shooter enjoys a growing fan base here and not just in Germany. In Mexico, Italy, China and Argentina, he tops the list of the best games in the Market Place and is the app with by far the most positive reviews.
“The market trend shows us that we are on the right track with our Mobile Competence Centre in Dortmund . Quality „Made in Germany“ wins permanently against „avarice is marvellous“ says Stephan Thurek further.
Now it is time to vote industrious for the Rooster Shooter and take him to the next round and last but not least to the championship. http://nas.newwp.it/

triomis is partner for innovative information technology. As a specialist for the realization of software solutions based on Microsoft technologies triomis have competencies within Business Intelligence, Collaboration and Knowledge management (SharePoint), development of Web Applications (Visual Studio), portal development (SharePoint), Integration of business applications (Dynamics CRM) and custom software development.
triomis come along with organizations in all phases of the software life cycle. The bunch of services of triomis starts with evaluation, development, deployment, quality control to supply permanent strategically further development of the solution.
The company was founded in 1992. Customers of triomis are companies of the telecommunication-, financial- and insurance-business, the media and the commerce-business in whole Germany