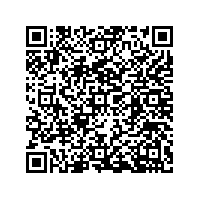 (PresseBox) ( ENINGEN, GERMANY / SAN FRANCISCO, CA, 09-07-13 )
Trinigy, an industry leading 3D game engine provider with over 100 licensees and offices in Germany and Austin, TX, and Havok(TM) , the premier provider of interactive software and services to digital creators in the games and movie industries, announced today that they will form a technological partnership focusing on the integration of their products in order to advance workflow efficiencies. This union marks the first partnership Havok has created with a game engine developer for its current suite of middleware.

Trinigy has deliberately designed the Vision Engine to improve workflow across the pipeline with better interoperability. The company has developed an array of integrations with many other world-class game technologies, and its software ships with all the code developers need to easily write their own in-house integrations. This flexibility eases the Vision Engine's overall implementation into a variety of game pipelines.

After preliminary talks at this year's Game Developer's Conference, and an extensive evaluation of the Vision Engine, Havok agreed to enter into a middleware partnership with Trinigy. The Havok partnership will further expand creative and technical possibilities for game developers by coupling Trinigy's innovative game engine with Havok Physics(TM) , Havok's leading solution for real-time collision detection and physical simulation.

"At Trinigy, our goal has always been to empower game developers with more creative and technological freedom," said Dag Frommhold, managing partner at Trinigy. "Entering into a partnership with a world-class company and brand like Havok is a wonderful endorsement of our technology and another step toward the achievement of our goal."

"After seeing the power and extensibility of the Vision Engine, we are confident that an integration with Havok Physics can provide game developers with a superior game authoring environment that delivers best-of-breed physics," said Kurt Pakendorf, vice president at Havok. "We look forward to furthering our relationship by empowering game developers of all sizes with new options for turning their creative visions into technological realities."

Havok, an Intel company, was founded in Dublin in 1998 and is the premier provider of interactive software and services for digital media creators in the games and movie industries. With world leading expertise in physics, animation and tools, Havok's business is to turn our customers' creative aspirations into technical realities.

Havok's modular suite of tools gives power to the creator, making sure that our clients can reach new standards of realism and interactivity, while mitigating the overall cost and risks associated with creating today's leading video games and movies.

Havok works in partnership with the world's best known game developers - including Sony, Nintendo, Microsoft, EA, Ubisoft and Pandemic Studios. Havok's cross-platform, professionally supported technology is available for the PlayStation®2, PLAYSTATION®3, PSP(TM) , Xbox(TM) , Xbox360(TM) , Wii(TM) , GameCube(TM) , and the PC. Havok's combination of superior technology and dedication to delivering for our customers every time has led to our technology being used in more than 200 of the world's best known game titles, including BioShock, Halo 3, MotorStorm, Stranglehold, Crackdown, Age of Empires III and Cars.

Havok products have been used to drive visual effects in movies such as Watchmen, Bond blockbuster Quantum of Solace, The Chronicles of Narnia: Prince Caspian, Harry Potter and the Order of the Phoenix, 10000 BC, X-Men: The Last Stand, Poseidon, The Matrix, Troy, Kingdom of Heaven and Charlie and the Chocolate Factory.

Based in Southern Germany, and with an office in Austin, TX, Trinigy is a privately owned company committed to selling groundbreaking game engine technology and first-class support to video game and serious game development studios across the globe. Engineered to provide more creative and technical freedom, the company's Vision Engine is currently in use in more than 100 commercial game productions by well-known companies such as Ubisoft, Take 2, Dreamcatcher, NeoWiz, Spellbound, Nitro Games and more.

The Vision Engine has proven its versatility in a multitude of game genres, including real-time strategy, racing, first-person shooters, role-playing games and massively multiplayer online (MMO) games. It is available and optimized for performance on PC (DX9, DX10), Xbox360(TM) , PLAYSTATION®3, Nintendo Wii(TM) , XBLA(TM) , PSN(TM) and WiiWare(TM) .

For more information about Trinigy, its Vision Engine or its technology partners, please visit: www.trinigy.net.