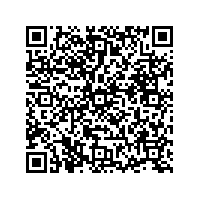 Started by many of the original founders of Ensemble Studios, Robot Entertainment has a staff of 45 developers comprised entirely of former Ensemble employees. The new company's team developed the hit franchise Age of Empires(TM) , which sold over 20 million units worldwide, and the recently released hit Halo Wars for Xbox 360(TM) . Robot Entertainment recently announced it will continue working with Microsoft Game Studios to create additional Halo Wars content and support online gaming and communities for both Age of Empires and Halo Wars. The company also announced ambitions to create its own original IP, though no specifics are available yet.

The licensing agreement with Trinigy grants Robot Entertainment the rights to develop a multi-platform game for its new IP using Trinigy's Vision Engine. In doing so, Robot Entertainment joins a growing list of outstanding developers worldwide that have licensed the Vision Engine, including Ubisoft, Take 2, Firefly and the recently announced MunkyFun, Nitro and Spellbound.

"The Vision Engine has clearly been designed with a focus on a powerful set of engine features that do not compromise full developer flexibility," said Vijay Thakkar, lead programmer at Robot Entertainment. "Throughout our evaluation of the industry's premium engines, the Vision engine consistently stood out in terms of performance and how quickly our developers could see their ideas running in game. The stellar level of support, integration of 3rd party technologies and robust architecture made choosing the Vision Engine an easy decision for our studio and has allowed us to quickly build momentum on our new project."

"Robot Entertainment has the experience and talent to make groundbreaking games that set new standards in the industry," said Daniel J. Conradie, president and CEO at Trinigy Inc. "Our success and momentum continue to be validated by distinguished AAA teams like the one at Robot Entertainment. We are excited to support this extremely talented team on their next eagerly awaited title."

Based in Plano, Texas, Robot Entertainment is a world-class independent game development studio owned and operated by many of the founders of Ensemble Studios. With a team that has proven experience and expertise in creating games that appeal to massive audiences, Robot Entertainment is focused on titles that set new standards for their respective genres as well as groundbreaking original IPs. Robot can be found on the web at www.robotentertainment.com.

Based in Southern Germany, and with an office in Austin, TX, Trinigy is a privately owned company committed to selling groundbreaking game engine technology and first-class support to video game and serious game development studios across the globe. Engineered to provide more creative and technical freedom, the company's Vision Engine is currently in use in more than 100 commercial game productions by well-known companies such as Ubisoft, Take 2, Dreamcatcher, NeoWiz, Spellbound, Nitro Games and more. The Vision Engine has proven its versatility in a multitude of game genres, including real-time strategy, racing, first-person shooters, role-playing games and massively multiplayer online (MMO) games. It is available and optimized for performance on PC (DX9, DX10), Xbox360(TM) , PLAYSTATION®3, Nintendo Wii(TM) , XBLA(TM) , PSN(TM) and WiiWare(TM) . For more information about Trinigy, its Vision Engine or its technology partners, please visit: www.trinigy.net.