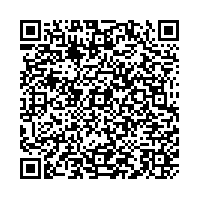 (PresseBox) ( Weinheim, 14-06-02 )
trans-o-flex Logistik-Service GmbH and Bionorica, the leading specialist for herbal medicines, are going to extend their co-operation existing since 1998 and renewed their agreement for another five years. Due to Bionorica's strongly growing international business, the warehouse in Roth, which has been operated for more 15 years, has reached its maximum capacity. This is why trans-o-flex will, in the future, store Bionorica products at two locations: the products for the international markets in Roth and the products for the German market in Alzenau.

trans-o-flex Logistik-Service takes over the entire warehousing and picking & packing for the leading manufacturer of herbal medicines as well as the shipment preparation and handover of the products to the specific transport service provider for delivery. As a combi-freight specialist, trans-o-flex Schnell-Lieferdienst transports goods both in parcels and on pallets, which are delivered to German recipients. "Thus, we not only have won additional capacities but were also able to further optimise the service for our customers in Germany", says Ralf Will, Head of Product Supply at Bionorica. As the warehouse in Alzenau is located directly next to the location of trans-o-flex Schnell-Lieferdienst, shipments can immediately be fed into the combi-freight network. "Thus, the deadline for placing orders could be extended by more than one hour."

As regards the international markets, the deliveries are taken over by forwarding agents named by Bionorica, who pick up the goods from trans-o-flex Logistik- Service in Roth. The locations in Roth and Alzenau are certified warehouses for pharmaceuticals, which trans-o-flex operates in Germany in addition to its conventional warehouse locations.

"Especially for strongly growing companies such as Bionorica, the easy scalability of the trans-o-flex system is a decisive advantage", says Peter Astor, Managing Director of trans-o-flex Logistik-Service GmbH. "The combi-freight offer makes it possible for us to serve different customer groups, such as wholesalers or individual pharmacies, within one network and always deliver the optimal batch sizes and packaging units."

The success of the Europe-wide operating trans-o-flex Logistic Group is based on three pillars, the services of which can be perfectly combined with each other: 1. trans-o-flex Schnell-Lieferdienst offers a full-coverage network for the efficient and safe transportation of parcels and pallets (combifreight) all over Germany. This also includes numerous additional services, such as the transportation of hazardous goods without being limited to small quantities. At the same time trans-o-flex, in its capacity as shareholder and partner of the Eurodis network, provides full-coverage combi-freight services in 34 European countries. The company has developed a large number of tailor-made solutions for specific sectors, e.g. for the pharmaceutical and home entertainment / consumer goods industries. 2. With a special network for active temperature control in the temperature ranges of between 2 and 8 °C as well as 15 and 25 °C, trans-o-flex ThermoMed takes over the transportation of temperature-sensitive goods for the pharmaceutical industry. In addition to this, ThermoMed, with its EUROTEMP network, also provides actively temperature-controlled transportation services in 15 countries in Europe. 3. Comprehensive logistic services from storage and picking/packing to valueadded services, such as the set-up service for sales displays or electrical appliances, up to customerspecific transport networks are developed and implemented under the umbrella of trans-o-flex Logistik Service. In 2013, annual sales of the Group, which has a workforce of approximately 1,800 employees, amounted to ca. € 505 million. Since June 2008, trans-o-flex has been a 100-% subsidiary of Österreichische Post. For more information, go to www.trans-o-flex.com.

trans-o-flex: Covid-19 vaccines can be safely transported at 2 to 8 degrees Celsius