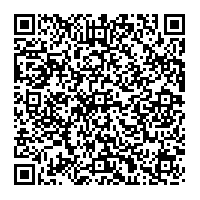 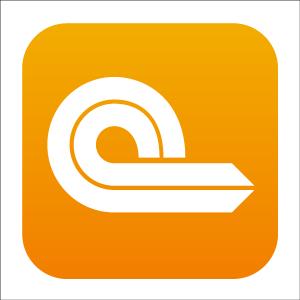 (PresseBox) ( Weinheim, 17-05-08 )
In order to give recipients the possibility to benefit from full transparency along the entire logistic chain and to optimise receipt of their goods, trans-o-flex Schnell-Lieferdienst has invested in the development of an app with unique functions. The provider of specialist logistic solutions for the pharmaceutical, cosmetics and consumer electronics industries as well as other high-quality products is going to offer the app to all recipients from June onwards.

The trans-o-flex insight application will not only inform the recipients that a shipment has been dispatched but will also provide them with all details that are necessary for an optimal receipt of the goods, including the number of the sent parcels, the name(s) of the dispatcher(s), information as to whether the shipment concerns temperature-sensitive or hazardous goods or whether it has been dispatched as a cash-on-delivery shipment, as well as the time frame in which the shipments will be delivered. The app enables recipients of actively temperature- controlled Ambient Direct shipments (15 to 25°C) to get an overview of the entire temperature curve during the transport. All they have to do is scan the QR code on the shipment label. The corresponding function has been integrated in the app. “All relevant information is quickly, clearly and, above all, securely available“, says Wolfgang P. Albeck, CEO of trans-o-flex. “Developed by trans-o-flex within the scope of its GDP+ digitalisation project, this app will put us in first place in the development of new digital services for quality and transparency in the logistics business.”

In order to prevent unauthorised access to the shipment data, trans-o-flex has built a dynamic security system for its new service, which links the use of the app to a three-step registration procedure. In a first step, the application is downloaded from the app store: either App Store for Apple’s IOS operating system or Play Store for Android. Having downloaded the application, the recipient then has to register with trans-o-flex, entering his e-mail address and postal address, so that the shipments can be clearly allocated. Finally, upon receiving the first parcel, he authenticates himself by scanning the QR code of a parcel using the app. This serves to prevent misuse by unauthorised people. Later on, the app automatically and in regular intervals requires a repeated authentication in order to ensure continued security while using the system.

During the past few months, trans-o-flex insight was subjected to a field test with pilot customers and selected pharmacies. “The participating pharmacies gave us very good feedback and will also continue to support us in the future further development of the app”, says Albeck. “From June onwards, all recipients can download the tested app.”

The trans-o-flex Group's core competence focuses on the provision of logistic solutions for the pharmaceutical, cosmetics and consumer electronics industries as well on the transportation of other high-quality, sensitive goods. For the transportation of pharmaceutical products, trans-o-flex has built a nationwide network that includes active temperature control and full documentation. To this end, the company, in its Pharma Logistics business area, has installed transport systems that are suitable for the transportation of pharmaceutical products in the temperature ranges of between 15 and 25 °C and between 2 and 8 °C in compliance with the EU directives for the transportation of pharmaceutical products. In its Technology Logistics business area, trans-o-flex organises transports for customers from other industries, mainly consumer electronics. These customers also benefit from the high standards with respect to safety, hygiene, reliability and transparency which trans-o-flex has established for the pharmaceutical industry. In its Contract Logistics business area, trans-o-flex bundles services from storage and picking & packing up to individual value-added services. At an international level, trans-o-flex focuses on the implementation of logistic concepts via the networks EUROTEMP (temperature-controlled logistics) and EURODIS (in 35 European countries). Both nationally and internationally, trans-o-flex, in contrast to 100-% parcel services, delivers both goods in parcels and on pallets and also offers special services, such as the transportation of hazardous goods (without being limited to small quantities), express and time-window deliveries as well as direct deliveries. Thus, the company covers the entire logistic chain from procurement and warehousing to distribution and fulfilment. In 2016, annual sales of the trans-o-flex Group, which has a workforce of approximately 1,900 employees, amounted to ca. € 490 million. For more information, go to www.trans-o-flex.com.