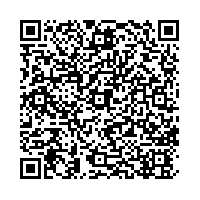 Despite coronavirus: trans-o-flex opens first "transshipment hub of the future"

Subscribe to news
(PresseBox) ( Weinheim, 20-05-05 )
Despite the coronavirus pandemic, trans-o-flex opened a new transshipment hub on schedule this week, with which the company intends to establish a new standard. "The logistics centre in the Westphalian town of Hamm-Rhynern is a milestone for trans-o-flex in its network development, as it sets standards both economically and environmentally," said Wolfgang P. Albeck, CEO of trans-o-flex. "For us, the facility that we have just opened is the transshipment hub of the future. Based on this model, trans-o-flex will be upgrading or building completely new logistics hubs in Germany in the coming years. The total investment for the logistics centre is around 17 million euros.

One of its special features is that goods are handled in two temperature zones. "We cool or heat most of the facility to a constant 20 degrees. This allows us to unload, sort and load consignments there in our Ambient Express service, which uses active temperature control between 15 and 25 degrees Celsius," explains Albeck. "In addition, we have integrated a cooling area in the facility. This is where we handle goods in our Thermo-Express service, which is actively kept between 2 and 8 degrees Celsius. At the previous site in Dortmund there was a separate handling point for each temperature range. "This enables us to exploit synergies between our transport networks and at the same time we have significantly increased the efficiency of the sorting and handling processes."

Efficient not only for parcels, but also for pallets

One of the reasons for this is an automatic sorting system from the Dutch specialist Van Riet. In Dortmund, sorting was carried out manually using roller conveyors. In Hamm-Rhynern, the system automatically directs the parcels from six feed-in points to one of 119 loading points for trucks or vans. In between, the parcels are measured and weighed fully automatically. "This enables us to calculate the exact transport weight for our customers." Because the sorting belts are installed at a height of more than four metres above the warehouse floor, forklift trucks that transport goods on pallets through the warehouse can drive underneath them. Albeck points out: "This is very important for a system that transports both parcels and pallets, as in many facilities a parcel sorter involves detours in pallet handling."

Experts refer to this special type of system as a sliding shoe or POSISORTER. These sorters not only convey parcels to their end point quickly, but also gently. For this purpose, so-called shoes are installed on the carrier, which guide the parcels safely but carefully in the desired direction. "Because trans-o-flex conveys high-end and sensitive goods, we only use sorting systems of this type. This is one of the reasons why we probably have the lowest damage rate in the industry," Albeck explains.

The concept includes other special features that make the operation of the logistics centre both economical and eco-friendly. This includes the fact that the transshipment terminal was built in the shape of a Y. This minimises the space required, as it allows more gates for loading and unloading than other designs for the same floor space. This meant that the entire facility could be built on a 33,000 square metre site.

A photovoltaic system has been installed on the roof of the more than 8,000 square metre transshipment hub. "We will use the electricity to power the sorting centre, but we can also charge the batteries of possible electric vehicles of employees for whose cars we are planning several e-charging points," Albeck adds. A major plus for him is also the temperature control of vehicles with the aid of solar power. "For semi-trailers, for example, 380 V connections are available. This means that the trailers no longer need diesel to operate the thermal units when waiting for loading or unloading. In addition, the gensets operate much more quietly with high-voltage current."

Gas radiators and heat pump for heating and cooling

The energy consumption of the logistics centre is minimised, among other things, by the fact that the entire facility has been equipped with heavy-duty thermal insulation and LED lighting technology. Furthermore, heating is provided by efficient gas dark radiators and cooling by a modern heat pump system. A special rainwater drainage system is both eco-friendly and economical. It ensures that rainwater does not have to be drained via the sewerage system and treated in a sewage treatment plant. Instead, the rainwater is collected on a neighbouring site and flows back into the natural cycle in a controlled manner via an adjacent stream.

Thomas Hunsteger-Petermann, Lord Mayor of Hamm, commented on the opening of the new facility: "We are delighted that trans-o-flex Expressdienst, an outstanding pharmaceutical logistics company, has settled in Hamm. The investments are a clear commitment to Hamm as a logistics location in the immediate vicinity of the Kamener Kreuz transport hub, which is important throughout Europe. The 110 jobs already created in the start-up phase are a valuable contribution to the stabilisation of our domestic labour market."

The trans-o-flex Group's core areas of expertise are logistics solutions for the pharmaceutical, cosmetics and consumer electronics industries and for other high-end, sensitive goods. The company has built up transport networks that convey goods at 15 to 25 degrees Celsius or at 2 to 8 degrees Celsius actively temperature-controlled and documented in accordance with EU regulations for the transport of pharmaceuticals. These EU-GDPs require the highest standards for safety and security, cleanliness, reliability and transparency, from which all trans-o-flex customers benefit. trans-o-flex operates internationally via the networks EUROTEMP (temperature-controlled logistics) and EURODIS (in 36 European countries). In contrast to conventional parcel services or forwarding agencies, trans-o-flex delivers goods in parcels as well as on pallets. trans-o-flex Express also offers numerous express and time-slot deliveries, special services such as dangerous goods transportation (without minimum quantity regulation), consignment consolidation or direct deliveries. The express shipments are complemented by warehousing, order picking and individual value-added services such as serialisation of pharmaceuticals. This means that the company covers the entire logistics chain from procurement through to fulfilment. The annual business volume of the trans-o-flex companies, which employ a total of around 2,200 people, amounted to around 495 million euros in 2019. More information is available at www.trans-o-flex.com.