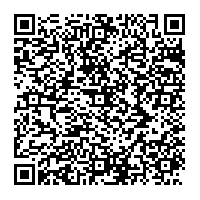 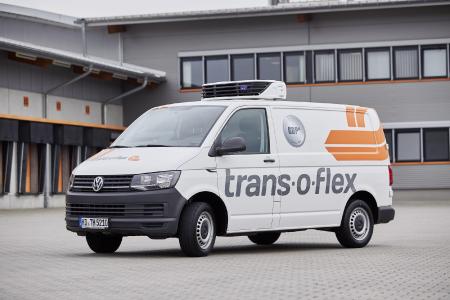 (PresseBox) ( Weinheim, 19-11-11 )
.
- Control Tower project: express delivery service trans-o-flex installed telematics hardware in lorries used for scheduled deliveries
- Specific software links telematics and shipment data to notify dispatchers and recipients of delays
- Every five minutes, trans-o-flex checks whether scheduled vehicles are on their way, whether they are on the right route and whether all shipments will be delivered on time

The express delivery service trans-o-flex has installed telematics hardware in its semi-trailers used for scheduled deliveries in order to be constantly informed about the current location of these scheduled lorries, whether a lorry is on time or how many minutes it is delayed. In addition, trans-o-flex IT-Service GmbH has developed the Control Tower software solution. It enriches the telematics data with trans-o-flex-specific shipment data, links the individual data volumes and presents the result in such a way that employees always know when they need to intervene in scheduling or inform customers. “Control Tower puts us in a position to improve internal processes and, despite traffic jams in the long-distance traffic, often deliver important shipments on time,” says Stefan Thömmes, Managing Director of the IT affiliate of trans-o-flex. “In addition, we are able to increase the security of the transports and inform customers or recipients as soon as it is clear that certain shipments cannot be delivered as planned. We are the first large express delivery service in Germany to introduce these possibilities.”

trans-o-flex started the Control Tower project in January this year. Since August, all of the approximately 600 trailers regularly used by trans-o-flex for scheduled services have had telematics units permanently installed. In order to monitor additional trailers booked spontaneously, they will, in future, be equipped with a mobile telematics solution.

“Every five minutes, we receive information from our vehicles, for example, as to where the specific trailer is, how fast it is traveling or about the temperature in the loading space,” explains Thömmes. The temperature data is important because trans-o-flex Express offers actively temperature-controlled transports in which the temperature is continuously monitored, controlled and documented. “All data together form the basis of the Internet-based application we have built on it.” This Control Tower program, which is now used by around 200 trans-o-flex operations employees, compares the actual trailer data with the target data for the specific tour. “The program automatically puts all trailers that are delayed or halt longer than planned on an observation list. In the future, deviations from specified routes will also be detected so that geofencing can be carried out.”

Geofencing: automatic alarm in case of deviations from the planned route

In order for geofencing to start in the course of next year, trans-o-flex will have to determine the exact route for each lorry or where it is allowed to stop and where not. Thömmes: “Thanks to the continuous synchronisation in real-time and automatic alarming in the event of deviations, we can then react immediately. This makes transport more transparent and secure.”

Already today, Control Tower displays the estimated time of arrival at the destination for each vehicle. This value, known as ETA, is continuously updated. “In the event of a delay, the exact delay compared to the timetable is indicated by the minute.” This enables those responsible at the destination to decide whether, for example, they will wait for a delayed trailer and sort the shipments to the delivery vehicles or whether this could endanger the punctual delivery of the other shipments.

Since Control Tower links telematics and shipment data, the program can also display the content of the trailers. To do this, trans-o-flex employees scan each pallet while loading the long-distance trailer and marry their data to the trailer by means of another scan. Because the pallet and all parcels on it were previously linked, the trans-o-flex system knows which parcel is on which lorry. “If, for example due to black ice, a trailer is so late that the shipments cannot be delivered as planned, trans-o-flex can inform the affected dispatchers in advance”. In the future, recipients will also be able to receive this information.

“The data that we collect still offer enormous development potential that we can use to further increase the information density, transparency and security of our transports,” says Thömmes. For example, trans-o-flex employees could be informed in real-time about decoupling attempts or unexpected door openings. “Such information may indicate attempted kidnapping or theft. We then will not only be able to contact the police, but also to prevent a lorry from continuing its journey.” 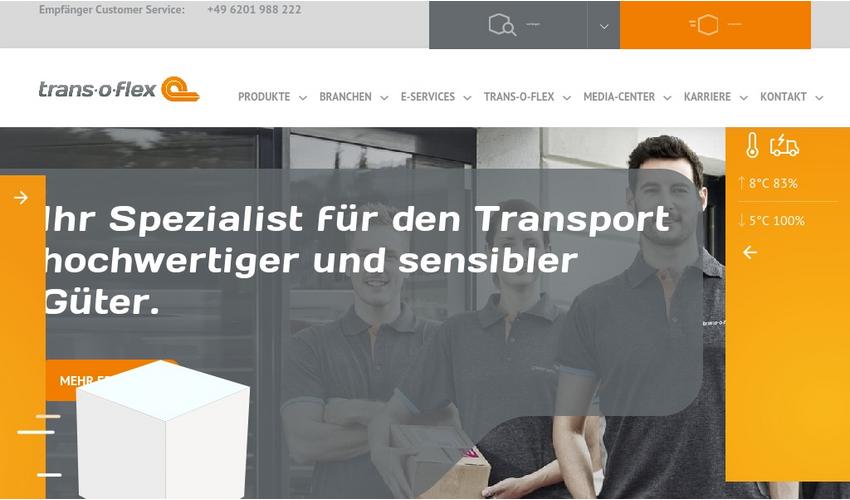 The trans-o-flex Group's core competence focuses on the provision of logistic solutions for the pharmaceutical, cosmetics and consumer electronics industries as well on the transportation of other high-quality, sensitive goods. For the transportation of pharmaceutical products, trans-o-flex has built a nationwide network that includes active temperature control and full documentation. To this end, the company, in its Pharma Logistics business area, has installed transport systems that are suitable for the transportation of pharmaceutical products in the temperature ranges of between 15 and 25 °C and between 2 and 8 °C in compliance with the EU directives for the transportation of pharmaceutical products. In its Technology Logistics business area, trans-o-flex organises transports for customers from other industries, mainly consumer electronics. These customers also benefit from the high standards with respect to safety, hygiene, reliability and transparency which trans-o-flex has established for the pharmaceutical industry. In its Contract Logistics business area, trans-o-flex bundles services from storage and picking & packing up to individual value-added services. At an international level, trans-o-flex focuses on the implementation of logistic concepts via the networks EUROTEMP (temperature-controlled logistics) and EURODIS (in 36 European countries). Both nationally and internationally, trans-o-flex, in contrast to 100-% parcel services or forwarding agencies, delivers both goods in parcels and on pallets and also offers special services, such as the transportation of hazardous goods (without being limited to small quantities), express and time-window deliveries, shipment consolidation as well as direct deliveries. Thus, the company covers the entire logistic chain from procurement and warehousing to distribution and fulfilment. In 2018, annual sales of the trans-o-flex Group, which has a workforce of approximately 2,050 employees, amounted to ca. € 468 million. For more information, go to www.trans-o-flex.com.