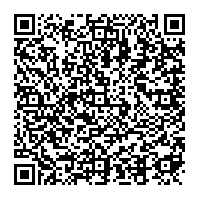 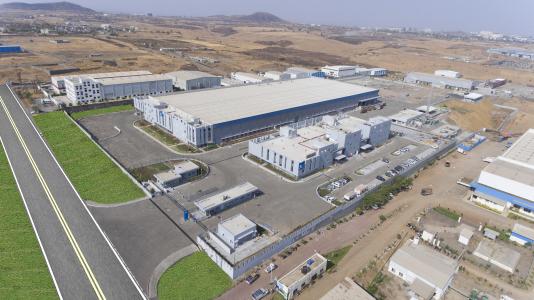 (PresseBox) ( Pune, 17-05-12 )
.
thyssenkrupp inaugurates today in the Chakan Industrial Area of Pune, Maharashtra, India its newest Multi-Purpose Facility (MPF) for the elevator industry, including manufacturing of elevators, distribution center and training facilities. Representing an investment of 3 billion rupees (44 million euros), the new 20,000 sq.m. industrial facility is designed for an initial capacity of manufacturing 6,000 elevator units, extendable to over 10,000 units in the foreseeable future.

thyssenkrupp has built a strong global reputation in helping to improve mobility and efficiency in rapidly-growing urban areas around the world. Having established a 95% manufacturing localization target, the opening of the Pune factory will enable the company to significantly expand in the region and support the increasing growth of the Indian construction sector, driven by strong urbanization.

Nurturing local talent is an essential element of thyssenkrupp’s plans for India. As part of the factory’s inauguration thyssenkrupp will also be launching a new seed campus training center for field technicians. This facility will support the development of local skills and knowledge in line with the Indian government’s wider training programs to improve service provision and efficiency in businesses across the region. The global seed campus team is taking learning at thyssenkrupp Elevator to a new era, driving the evolution of learning tools and methodologies by including digitalization in all its forms: mixed reality, virtual reality, gaming applications and simulations.

On this occasion, Ravi Kirpalani, CEO of thyssenkrupp India, comments: “The urban population in India is one of the fastest growing in the world. 30% of citizens currently live in urban areas, and this is expected to reach 40% by 2030. The government is focused on building new housing complexes, airports, malls, railway stations and harbors. We are delighted that our new local manufacturing site will better enable us to support this. With the addition of the new Multi-Purpose Factory to the Chakan Industrial Area, thyssenkrupp is poised to play an important role both in supporting the development of the local area, and contributing to wider Indian goals of sustainable and efficient urbanized growth.”

Peter Allaart, Executive Vice President, Global Manufacturing, thyssenkrupp Elevator, comments: “We’re proud to have been able to inaugurate and start ramping up this new facility in such a short time period, as the localization of elevator manufacturing is considered crucial for the expansion of our business in India, and has been thyssenkrupp’s plan for many years.” He continued, “It is not only manufacturing but also about nurturing talent; the new seed Campus training center will play an important role both in supporting the development of the local area, and contributing to wider Indian goals of localizing talent in the country”.

By 2020, it is predicted that India will have 58 urban conglomerations and feature two of the world’s 20 global megacities (New Delhi and Mumbai). Construction is being driven by both new skyscrapers and large-scale redevelopment of existing properties, both in the ambition to support continued population growth across the country’s urban landscapes. With efficient mobility being a key concern in this renewed city space, it is no surprise that India is the fastest growing elevator market in the world.

thyssenkrupp Elevator brings together the Group's global activities in passenger transportation systems. With sales of 7.5 billion euros in fiscal 2015/2016 and customers in 150 countries, thyssenkrupp Elevator built its position as one of the world's leading elevator companies from scratch in a mere 40 years' time applying thyssenkrupp unique engineering capabilities. With more than 50,000 highly skilled employees, the company offers smart and innovative products and services designed to meet customers' individual requirements. The portfolio includes passenger and freight elevators, escalators and moving walks, passenger boarding bridges, stair and platform lifts as well as tailored service solutions for all products. Over 900 locations around the world provide an extensive sales and service network to guarantee closeness to customers.

thyssenkrupp
thyssenkrupp is a diversified industrial group with traditional strengths in materials and a growing share of capital goods and services businesses. Around 156,000 employees in nearly 80 countries work with passion and technological expertise to develop high-quality products and intelligent industrial processes and services for sustainable progress. Their skills and commitment are the basis of our success. In fiscal year 2015/2016 thyssenkrupp generated sales of around €39 billion.

With our engineering expertise in the areas Mechanical, Plant and Materials we enable our customers to gain an edge in the global market and manufacture innovative products in a cost- and resource-friendly way. For us, technical progress and innovations, allied with the combined strength of the Group, are key factors enabling us to follow the development trends on the global sales markets, grow on the markets of the future, and generate strong and stable earnings, cash flows and value growth.