thyssenkrupp celebrates the 125-year anniversary of the escalator

The world's first escalator was put into operation on January 16th, 1893 in New York - as a so-called "incline elevator" / In Hamburg, thyssenkrupp runs the only escalator production plant in Germany 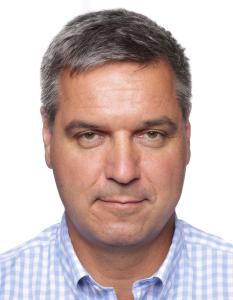 (PresseBox) ( Essen, 18-01-15 )
Imagine a world where dreams of being transported upwards via a moving staircase was simply that, a dream. Urban mobility would look significantly different today, and be far more complicated, had it not been for a man who, while attempting to create New York City’s first double-decker subway, created something even more important.

Over one hundred and twenty-five years ago, Jesse Reno invented the first working escalator, which was patented on March 15, 1892. The first escalator, then known as an incline elevator, was installed at the Old Iron Pier at Coney Island in New York City on January 16, 1893. The moving stairway elevated passengers on a conveyor belt at a 25-degree angle and traveled only seven feet.

The escalator ran for two weeks at Old Iron Pier before moving to the Brooklyn Bridge. It is estimated that it carried 75,000 passengers during its two weeks at the Old Iron Pier. Today, more than 100 billion people in the United States alone use escalators every year.

The technology that Jesse Reno first developed 125 years ago has been perfected over the years and decades by thyssenkrupp. Today, the company’s solutions are installed all around the globe in huge numbers. If all escalators installed by thyssenkrupp were joined together, they would be long enough to scale a mountain with a height of 500 kilometers.

A huge variety are available – from an escalator that’s only 890 centimeters long up to one that measures 53.68 meters. There are “Royal Mode“ escalators designed for kings and queens to easily start and stop by simply pressing a button, and even mobile solutions that are a “to go” option and can be carried around the world in air planes. In Prague and some Russian cities people travel with high speed -- with some escalators moving their passengers at 0.9 meters/sec.

In Germany, escalators have only been manufactured in serial production since 1950. Before then they were built by hand on the construction site.

thyssenkrupp Elevator solutions not only move people and goods, but also secure jobs: Today, around 155,000 people are in the elevator and escalator industry worldwide. In Germany alone there are around 18,000.

In Hamburg, thyssenkrupp runs Germany’s only factory for escalators. The company also maintains about 25,000 escalators in Europe. A mechanic cares for up to 40 escalators – per month!

Today, in Europe there are more than 136,000 escalators installed, 35,600 of them in Germany. An average escalator’s lifespan is up to 30 years before it has to be modernized, but there’s still growth ahead - with some additional 5,500 new escalators every year.

The escalator’s 125th birthday is a great occasion for thyssenkrupp to celebrate: to look back at history and into the future with its potential technical developments that continue to make urban mobility smarter. With the rope-less MULTI elevator, thyssenkrupp already provides a look into what the future may hold.

Picture gallery of the most beautiful thyssenkrupp escalators worldwide:

Time-lapse video of the escalators at the Milan train station: https://picturepool.thyssenkrupp.info/?r=246968&k=3a5263322d

thyssenkrupp Elevator brings together the Group’s global activities in passenger transportation systems. With sales of 7.7 billion euros in fiscal 2016/2017 and customers in 150 countries, thyssenkrupp Elevator built its position as one of the world’s leading elevator companies from scratch in a mere 40 years’ time applying thyssenkrupp unique engineering capabilities. With more than 50,000 highly skilled employees, the company offers smart and innovative products and services designed to meet customers’ individual requirements. The portfolio includes passenger and freight elevators, escalators and moving walks, passenger boarding bridges, stair and platform lifts as well as tailored service solutions for all products. Over 1,000 locations around the world provide an extensive sales and service network to guarantee closeness to customers.

thyssenkrupp is a diversified industrial group with traditional strengths in materials and a growing share of capital goods and services businesses. Around 156,000 employees in nearly 80 countries work with passion and technological expertise to develop high-quality products and intelligent industrial processes and services for sustainable progress. Their skills and commitment are the basis of our success. In fiscal year 2015/2016 thyssenkrupp generated sales of around €39 billion.