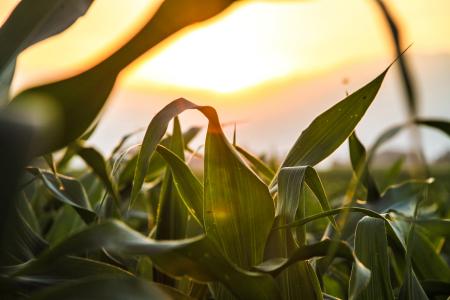 US-EPA has requested companies marketing Dicamba formulations to use humidome set-ups to evaluate the effects of defined parameters on secondary movement of Dicamba.  In controlled experimental settings provided through humidomes, the effect of temperature, relative humidity, pH of spay solution, and a variety of tank mix partners on the volatilization of Dicamba can be studied. As the weed resistance to Round-UP is increasing globally and with the introduction of Dicamba resistant crops, agrochemical companies have started to formulate Dicamba into their formulation to prevent further weed resistance build-up.

Since Dicamba is inherently volatile, it has introduced new challenges for the farmers dealing with potential damages to adjacent crops. Dicamba manufacturers are forced to develop new formulations in which the volatility of Dicamba is minimized. In assessing the volatility of the improved formulations, there are three general alternatives:
The standard Wind Tunnel and Field Volatilization tests are notoriously expensive and take many days or weeks to complete. In contrast, Humidome tests are rapid (in general, 24-hrs tests) and repeatable, making them economically viable. Therefore, multiple formulations can be tested very efficiently in a short timespan to identify the ideal formulation.

Early 2018, per request from one of its strategic agrochemical partners, a team of experts at Symbiotic Research started to work on developing a prototype sprayer system which is capable of applying proper amounts of Dicamba formulations onto each humidome tray filled with soil.  The spray assembly sought to deliver 1.8 grams of various Dicamba formulations using commercial spray nozzles operated under field-like spray conditions. For example, 120 humidome spray applications resulted in volumes within 99.17% of target application rates. The team converted one of its temperature and humidity-controlled laboratories to incubate humidomes over 24 hours. Simultaneously, the team developed an LC-MS/MS quantitative method to monitor the levels of volatilized dicamba in filter-trap assemblies.

In 2019, Symbiotic Research conducted its first humidome study for submission to the US-EPA. Hundreds of humidomes were successfully tested using various Dicamba and spray mix formulations – all were sprayed, incubated, and analyzed for the Dicamba levels with a short turnaround time. The team is now gearing up to increase the output by at least 400% to keep up with potential continuous testing for upcoming years.