Greater Capacity Variation for the Power Supplies of Various Devices 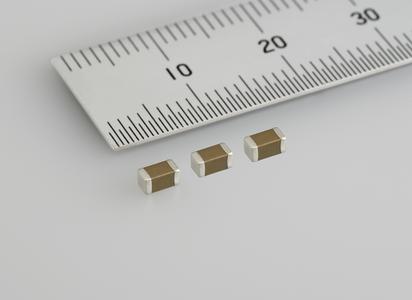 (PresseBox) ( Tokyo, 13-06-06 )
TOKYO, April 30, 2013 - TAIYO YUDEN CO., LTD. announced the commercial release of the 150μF-capacitance EIA 1206 size AMK316BBJ157ML (3.2 x 1.6 x 1.6mm) as an addition to its super high-end product group of high-capacity multilayer ceramic capacitors (over 100μF). This product is used to smooth the output and ensure the stable operation in power supplies used in various devices. The applications for these power supplies include industrial equipment such as surveillance cameras and broadcast equipment, as well as information-related devices like PCs and servers, and all-in-one printers. TAIYO YUDEN has previously released EIA 1206 size high-capacity multilayer ceramic capacitors commercially with a capacitance of 100μF and 220μF. The addition of the 150μF will allow us to meet increasingly diverse demand in the markets we serve.
Production will be commenced at the company’s Tamamura plant in Gunma Prefecture from April 2013 onward at a production rate of 1 million units per month. The sample price is 80 yen per unit.

■Main applications
For power smoothing in a variety of devices including industrial equipment such as surveillance cameras and broadcasting equipment, as well as PCs, servers, all-in-one printers, and other information-related devices.