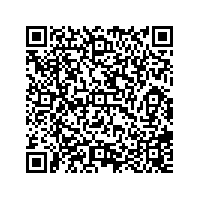 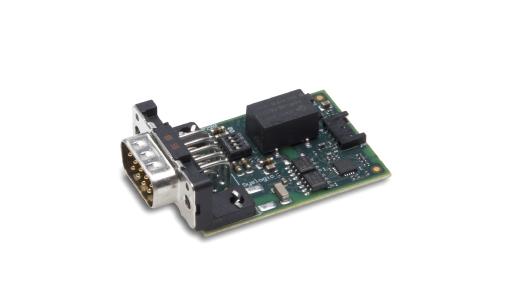 (PresseBox) ( Waldshut-Tiengen, 17-05-23 )
The age of the IoT (Internet of Things) and Industry 4.0 has brought a wide range of applications for embedded systems with it. Syslogic, the expert for embedded systems, responds to the different requirements by introducing flexible add-on modules. The company has recently launched a digital and analogue I/O board and an USB serial converter.

Syslogic is launching three new expansion cards, one analogous and one digital I/O board, and an USB serial interface converter. All three add-on boards are simply attached to the CPU via an USB interface; the digital I/O board is used for CPUs with digital interfaces. The USB digital I/O card has four galvanically isolated inputs and outputs (current sinking/current sourcing). They are made available via a DSUB-9 connector. Up to four digital I/O boards can be connected sequentially, offering up to 16 additional inputs and 16 additional outputs. Raphael Binder, Product Manager at Syslogic, explains: “The digital I/O boards are suitable for current applications in the fields of IoT (Internet of Things) and Industry 4.0.” He further stated that CPU boards are easily and economically coupled with machine control sensors. This enables the reading of sensors and actuators and control of decentral peripheries.

Syslogic I/O boards come with a comprehensive library of programming interfaces allowing users to access the hardware directly from the application. A dynamic link library (DLL) for Windows is available alongside a Linux dynamic library (SO File). Syslogic provides a product manual that explains the use of these libraries and lists examples.

USB serial converter – configurable as an RS422 or RS485
The third innovation announced by Syslogic is its USB serial converter, which enables the expansion of embedded systems by a serial interface via the internal USB port. This keeps the miniPCIe slot free for other functions. Using an on-board DIP switch, the galvanically isolated interface can be configured either to an RS422 or RS485 signal level.

The USB serial converter is delivered with driver packages for Windows and Linux. It accesses the interface via a virtual COM port.

Embedded expansion cards – developed for industry.
Just like the Syslogic industry PCs and HMI systems, its expansion cards are developed and manufactured specifically for industry applications. Thanks to its in-house development, construction and production facilities, Syslogic has a firm grip on quality. Its units are distinguished by their long operating lives even in harsh conditions. Syslogic additionally offers long-term availability and well-regulated product lifecycle management.

With its new add-on modules, the company intends to expand its market position in the field of industrial automation. Its expansion cards allow Syslogic to adapt CPU boards easily and economically and fulfill any customer demand. Raphael Binder explains: “Especially in the IoT field, requirements vary widely.” He believes that the smart, modular structure of Syslogic constitutes a highly flexible way of responding to these different requirements.

Syslogic is a provider of industrial computers, embedded PCs, single-board and touch panel computers for sophisticated industrial applications in areas such as machinery and vehicle construction as well as transport and railway engineering. All embedded PC and touch panel computers are completely developed and manufactured in Europe. For over 25 years, Syslogic has been developing tailor-made and robust embedded systems with long-term availability. In addition to standard product support, Syslogic also offers its customers professional technical project monitoring. www.syslogic.de