Raphael Binder takes over the management 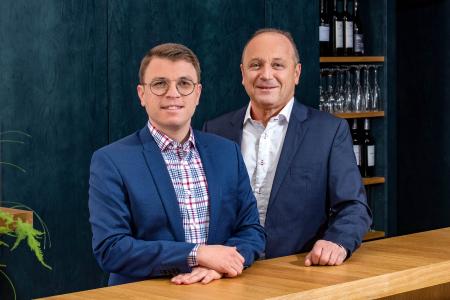 (PresseBox) ( Waldshut-Tiengen, 20-02-11 )
Change at the top of Syslogic. Raphael Binder takes over the management of the embedded specialist.

As of January 1, 2020, Raphael Binder has taken over the management of the embedded specialist Syslogic. The son of cofounder Christian Binder is now responsible for the company’s operative leadership.

At Syslogic for more than ten years

Raphael Binder has worked for Syslogic for more than ten years, having been active in marketing, technical sales, and product management during that time. Most recently, he was a member of the executive board as the Head of Product Management. Before working for Syslogic, he worked in the field of sensor technology. Raphael Binder was trained in electronics and received further training in marketing and business administration.

The former managing director Christian Binder is pleased with the generational shift. He says: “For many mid-sized companies, the succession process can be challenging.” Therefore he is all the more pleased that Syslogic’s second generation is helping shape the development of the embedded market as a healthy, owner-led company.

Solidly positioned in a fiercely competitive market
Syslogic has been anchored in the embedded market for over 30 years. Today, with branches in Germany and Switzerland, the company is one of the few European providers with their own European production and development departments. Syslogic delivers their robust and long-lasting embedded systems not only in automation, but also in areas such as railways, agricultural technology, construction site equipment, and cleantech. Thanks to many years of experience, depth of production, and continual process optimization, Syslogic is one of the leading companies in the fiercely competitive embedded market in Europe.

Raphael Binder is looking forward to new challenges as CEO. He says: “I’m taking over an extremely well-positioned company,” and that important pillars of the company’s success are a finely tuned team and a business culture put into practice over the years. These are good conditions under which to expand Syslogic’s position in the railway market and open up additional markets with their new AI edge computers.

Syslogic is one of the first companies worldwide to offer ultrarobust AI-capable embedded systems. To achieve this, Syslogic relies on Jetson SoMs (System on Modules) by chip manufacturer Nvidia. As a member of the Jetson partner program, Syslogic is supporting Nvidia in establishing the Jetson series in the industry.

Syslogic will continue to benefit from Christian Binder’s know-how and many years of experience. As Chairman of the Board of Directors of the Syslogic Group, he will be responsible for the company’s strategic orientation.

Raphael Binder: “We’re a team that loves innovation and taking on challenges.” Accordingly, he looks forward to helping shape product trends such as AI or IoT (Internet of Things) with market-driven products.