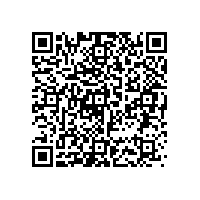 Subscribe to news
(PresseBox) ( Klein-Winternheim, 17-09-04 )
SYSGO AG, the leading European supplier of real time operating systems, has entered into a partnership with OSR Enterprises AG, a Swiss based automotive Tier-1 supplier which has built a next generation automotive platform based on artificial Intelligence (AI). As part of the collaboration, SYGSO's PikeOS will be integrated into OSR's automotive multi-domain AI Brain platform for autonomous driving and the Internet of Vehicles.

The AI Brain platform has been developed to support the platform consolidation strategies of global OEMs in the automotive market and to deliver new secured data-driven business models. It combines the functionalities of multiple electronic control units (ECUs) in a single Multi-Domain in-vehicle infrastructure. Using PikeOS, OSR can consolidate applications in a safe and secure manner by strictly separating them from each other while still running them on a single hardware platform. PikeOS is based on a secure and certified separation kernel which creates individual partitions for different applications or domains, thus supporting consolidation strategies without sacrificing security or safety. It has been proven in the aviation industry for more than a decade and is already being used in serial production by some major automotive OEMs.

"The upcoming automotive change in vehicular networks will require much more speed and agility but at the same time as a key element of our design methodology we see a must in building our technology while elevating security, safety and compliance with new regulations which we predict will be required for the new era of mobility", says Ms. Orit Shifman, Group CEO and Founder of OSR. "Partnering with SYSGO and their high integrity OS as well as their conformity with the strict requirements of aerospace integrations, fits perfectly with our comprehensive, uncompromising security approach. This is the reason why we chose SYSGO as part of our multi-domain's management logic." says Ms. Shifman.

Maintaining a strict separation between individual applications on a consolidated hardware is a key prerequisite for a safe and secure implementation. Separation screens critical applications from less critical ones, avoids spreading of malfunctions or even attacks from one application to another and allows a "Security by Design" approach to automotive applications. PikeOS supports separation on single and multicore MCUs as well as on OSR's Multi-Domain architecture. Together with PikeOS, SYSGO offers its customers a comprehensive safety & security manual as well as consulting and certification services across the entire lifecycle of their application or system.

"The integration of PikeOS in OSR's platforms creates a unique added value for us", said Dr. Ciwan Gouma, responsible for Business Development Automotive at SYSGO. The opportunity to contribute our vast knowledge in secured and safe OS while becoming a part of OSR's multi-domain architecture, positions us together as an automotive innovator. The combination of OSR's cutting-edge platform and our secured real time operating system PikeOS is a game changer in terms of agility and the capabilities to quickly meet growing needs of automotive OEMs for the next phase of system consolidation. What PikeOS is doing for cars is exactly what we did in avionics 15 years ago."

The joint offering will be demonstrated at the formal launch of OSR Enterprises AG's multi-domain AI Brain to a global automotive audience at the IAA New Mobility World at the IAA 2017 in Frankfurt, Germany taking place September 12-17, 2017 - Hall 3.1, Booth C41

OSR Enterprises AG is a privately held company with its headquarters in Switzerland, founded in 2011. OSR's R&D team accumulates decades of experience in both Hardware and Software. As a Tier 1 supplier to car manufacturers, OSR has developed a Multi-Domain AI Brain to control and manage autonomous driving and the Internet of Vehicles. Its AI system can port multiple electronic control units, governing areas like communication and human-machine interface functions fused into a single system, while giving each domain its own AI functionality. The R&D team is comprised of some of the world's leading artificial intelligence and cybersecurity experts including former members of classified technological intelligence units. The company has research and development centers in Israel and Switzerland. 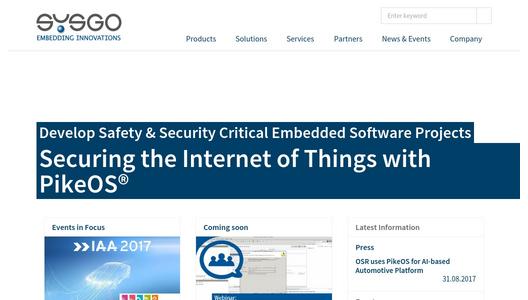 SYSGO has been offering operating systems and services for embedded systems since 1991 and with ELinOS it is a pioneer in the use of Linux in the embedded market. For security-critical applications, the company has been offering Hypervisor PikeOS since 2005, which today is the world's first SIL 4 certified operating system for multicore processors and the foundation for intelligent devices in the Internet of things. SYSGO is the leading European operating systems manufacturer and supports customers like Samsung, Airbus, Thales, Continental, etc. with the formal certification of software in compliance with international standards for functional security and IT security in markets such as aerospace and defence, industrial automation, automotive, railway engineering, medical technology and network infrastructures. SYSGO belongs to the European Thales Group, has branch offices in Germany, France, the Czech Republic and the UK, and maintains a world-wide distribution network.

SYSGO reinforces its Commitment to the Automotive Market