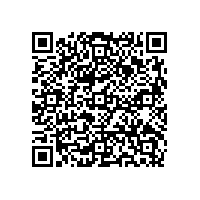 The 3GPP LTE standard is the latest standard in mobile network technology. The primary advantages of LTE are high throughput, low latency, a simple architecture resulting in low operating costs, and support for both TDD and Frequency Division Duplex (FDD). Synopsys' LTE library includes models of the transmitter and the physical channel as defined in the 3GPP standard as well as functional models of ideal receivers that can serve as references, providing an endtoend simulation chain for both uplink and downlink transmission and reception. By leveraging both FDD and TDD mode models from the LTE Model Library, designers can focus on the development of highlyoptimized, multimode modems for the entire LTE standard.

"The use of behavioral models of Xilinx's baseband IP together with the Synopsys LTE Model Library allows customers to assess the performance advantages of our IP within the context of a standardscompliant system," said Mark Quartermain, baseband marketing manager at Xilinx. "Synopsys' ability to deliver an endtoend LTE physical layer model along with highperformance simulators enables system architects to accelerate their algorithm design by relying on standardcompliant reference models for the entire physical layer simulation chain."

The LTE Model Library offers readytouse, standardcompliant test benches and simulation scripts that cover the test scenarios as defined in the LTE standard document. Models and scripts adhere to release 8.9 of the 3GPP LTE standard and will be upgraded as the standard evolves. In addition, the reference models in the LTE Model Library have been optimized to take advantage of the streamdriven data flow technology in Synopsys' SPW and System Studio tools, and are designed to provide a comprehensive and efficient development environment for advanced digital signal processing design.

"The complexity of the LTE standard requires simulating more than 100 billion test vectors to check for compliance, creating quite a verification challenge," said Johannes Stahl, director of marketing for systemlevel design at Synopsys. "Our LTE models are highly optimized for simulation performance. Together with our advanced algorithm design tools, the new LTE Model Library helps base station and handset modem designers ensure their functional design meets the LTE standard in the shortest possible time."

The TDDenhanced LTE Model Library is available immediately for use in SPW. Support for System Studio will follow in Q3 2010. Existing licensees of the LTE Model Library will receive the TDD enhancement as a regular maintenance update.