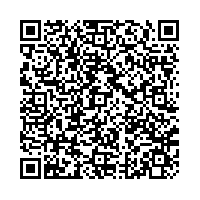 (PresseBox) ( Yerevan, Armenia, 12-08-09 )
Synopsys, Inc., a world leader in software and IP used in the design, verification and manufacture of electronic components and systems, today announced that the Seventh Annual International Microelectronics Olympiad of Armenia will be held on October 4, 2012 in Yerevan, Armenia. For the first time, the event will be held in cooperation with the Institute of Electrical and Electronics Engineers (IEEE) Test Technology Technical Council (TTTC). IEEE's participation highlights the contest's growing international reputation.

Initiated in 2006, the Olympiad is held under the patronage of the Prime Minister of Armenia. Synopsys Armenia CJSC is the general organizer and a sponsor of the Olympiad. The general sponsor is Vivacell-MTS, Armenia's leading mobile operator. The Olympiad is also sponsored by Unicomp CJSC, Enterprise Incubator Foundation, Microsoft RA, Union of Manufacturers and Businessmen of Armenia, Union of Information Technology Enterprises, Arminco CJSC, Viasphere Technopark and INGO ARMENIA ICJSC.

In keeping with the theme of "Meeting the Challenges of Design and Test," the contestants in the Olympiad will compete in the areas of digital IC design and test, analog and mixed-signal IC design and test, semiconductor devices and technology, and mathematic and algorithmic issues of electronic design automation (EDA).

"The first Armenian Microelectronics Olympiad in 2006 attracted 82 participants. The event has since grown to an international contest including numerous award categories and 349 participants from 12 countries," said Rich Goldman, the president of the Olympiad Organizing Committee, CEO of Synopsys Armenia and vice president for Corporate Marketing and Strategic Alliances at Synopsys. "Working with IEEE will enable further growth. As one of the world's most respected and recognized professional engineering societies, the IEEE sponsors more than 1000 annual conferences and meetings in 81 countries and is highly involved in the technical program development of numerous events including trade shows, training workshops, and job fairs. IEEE's recognition of the Olympiad also benefits Armenia by highlighting it as a Center of Excellence for Microelectronics Education."

"This collaboration is a win-win-win situation for IEEE, for the Olympiad, and for Armenia as a country," said Dr. Yervant Zorian, president of the IEEE TTTC and chief architect at Synopsys. "The involvement of IEEE, the largest organization of electrical and electronic engineers, helps the Olympiad gain more international recognition. The Olympiad contributes to IEEE's efforts to encourage and support an interest in technology in young adults; holding the contest in Armenia highlights the country's technical leadership."

"The IEEE TTTC's decision to endorse the Annual International Microelectronics Olympiad is a key acknowledgement of its success in promoting technology development in this region over the past six years," said Vazgen Melikyan, president of the Olympiad Program Committee, director of Synopsys Armenia Educational Department (SAED), honorable scientist of Armenia and Sc.D. professor. "I am confident the cooperation of IEEE TTTC will result in a significantly greater number of highly knowledgeable participants from around the globe."

IEEE is the world's largest professional association dedicated to advancing technological innovation and excellence for the benefit of humanity. Sponsored by IEEE's Computer Society, TTTC is a dedicated council to serve the global test technology professional community through a series of annual conferences, standards, publications, educational and professional activities. For more information, please visit http://tab.computer.org/tttc

Synopsys, Inc. is a world leader in electronic design automation (EDA), supplying the global electronics market with the software, intellectual property (IP), prototyping and services used in semiconductor design, verification and manufacturing. Synopsys established a presence in Armenia in 2004 as Synopsys Armenia closed joint stock company (CJSC). Synopsys Armenia CJSC provides R&D and product support in EDA, design for manufacturing (DFM) and the development of semiconductor intellectual property (IP). Employing several hundred qualified Armenian engineers, Synopsys is one of largest IT employers in Armenia. To encourage the highest levels of accomplishment for students in IT, the company sponsors awards and competitions such as theAnnual Educational Awards of the Republic of Armenia (RA) President, and the Annual International Microelectronics Olympiad of Armenia. Synopsys Armenia's investment in the community reaches well beyond IT. In 2010, Synopsys in Armenia was recognized as one of 12 finalists for the U.S. Secretary of State's annual Award for Corporate Excellence (ACE), citing the company's technology and financial leadership as well as its charity work and volunteer activities. Synopsys Armenia CJSC is located in Yerevan. Synopsys, Inc. is headquartered in Mountain View, California, and has approximately 70 offices located throughout North America, Europe, Japan, Asia and India. Visit Synopsys, Inc. and Synopsys Armenia online at http://www.synopsys.com and http://www.synopsys.am.