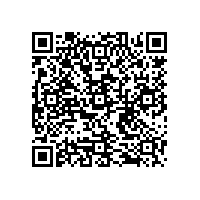 (PresseBox) ( MOUNTAIN VIEW, CA, USA and STOCKHOLM, SWEDEN, 08-05-07 )
Synopsys, Inc. (Nasdaq: SNPS), a world leader in software and IP for semiconductor design and manufacturing, and Prover Technology AB today announced that Synopsys has invested in Prover, which supplies signaling design automation solutions for engineering the safety critical systems that control trains, switches and signals. The funds will enable Prover to accelerate its research and development efforts and expand its operations in Europe, North America and Asia.

A key part of a modern railway engineering process is signaling design automation, which uses formal verification, a safety analysis method based on mathematical proof. Formal verification is strongly recommended by safety standards organizations such as CENELEC (European Committee for Electrotechnical Standardization), and several leading operators demand it from their suppliers. The reason: formal verification increases safety and quality, and provides more efficient processes for otherwise costly and time-consuming safety testing. It has proven to be a valuable solution for the operator of the Paris metro, which has one of the most complex railway networks in the world.

"RATP (Régie Autonome des Transports Parisiens) and Prover have been working closely together since 2004," said Pierre Chartier, safety director for RATP. "The collaboration has been focused on formal verification of interlocking and CBTC (communication-based train control) systems. By using formal techniques, we hope to reduce costs while maintaining the highest possible level of quality. Prover's experience in the field has made them a valuable partner."

Having established a broad customer base, Prover's technology solution is well positioned to become the industry standard for specification and automated engineering of interlocking systems. As more attention is being paid to green transportation systems, the railway industry is expected to continue to expand significantly in the coming years. Prover's relationship with Synopsys will enable Prover to take advantage of these growth opportunities.

"Having Synopsys on board enables us to capitalize on opportunities that were previously out of our reach, and to undertake larger and more complex engineering projects," said Gunnar Stalmarck, CEO, Prover Technology. "There is a strong technology alignment with both companies providing the tools needed to engineer increasingly complex systems in their respective fields, and both are considered industry leaders and innovators."

About Prover Technology
Prover Technology provides software products and services for development of control and signaling systems. The company was founded in 1989 and is privately held. It is headquartered in Stockholm, Sweden with wholly owned subsidiaries in France and USA. Prover Technology's customer base includes Airbus, Ansaldo, Bombardier, New York City Transit, RATP (Paris Metro), Swedish National Rail, Thales, and many others. For more information and office locations, visit Prover Technology's web site at http://www.prover.com.