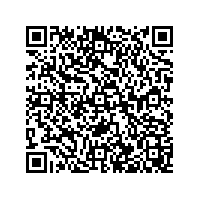 "Using Virtualizer, we can abstract the full SoC design into a virtual prototype in a very short period of time to facilitate early software development and hardware/software integration," said Satoshi Aoki of the Embedded Platform Development Department at Ricoh Company, Ltd. "We believe Virtualizer is a must-have tool for SoC development."

Synopsys' Virtualizer virtual prototyping solution is an integral part of the industry's most comprehensive solution of tools, models and services for early software development, hardware/software integration, and system validation. Virtualizer addresses the increasing software complexity associated with semiconductor and electronic products by enabling the efficient creation of SystemC-based transaction-level models (TLMs), as well as the assembly of TLMs into virtual prototypes representing complete systems. The Virtualizer tool set is also used by designers to create customized VDKs, software development kits containing design-specific virtual prototypes as well as debug and analysis tools and sample software, which can be deployed to software development teams up to 12 months before silicon availability. Ready-to-use VDKs for ARM® big.LITTLE(TM) processing and ARM Cortex(TM) -A15 MPCore(TM) processor-based designs are also available from Synopsys.

"The tight integration of our TRACE32 debugger with the latest Virtualizer release includes mutual support for the industry-standard Multi-Core Debug API, giving software programmers a unified and efficient environment for multi-core debug and analysis," said Stephan Lauterbach, general manager at Lauterbach. "This integration enables engineers to start software development early in the design cycle on virtual prototypes without having to switch to other debug tools as they transition to real hardware."

"Software teams are increasingly taking advantage of virtual prototypes to get an early jump on software development," said John Koeter, vice president of marketing for IP and systems at Synopsys. "The latest release of Virtualizer makes it easier and faster than ever for design teams to create virtual prototypes and deploy them to software engineers in VDKs, enabling a significant time-to-market advantage over competitors relying on only traditional software development methods."