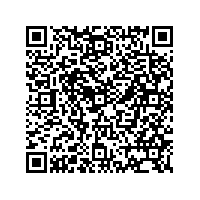 (PresseBox) ( Mountain View CA, 10-07-26 )
Synopsys, Inc. (Nasdaq: SNPS), a world leader in software and IP for semiconductor design, verification and manufacturing, today announced that Foveon Inc., a world innovator in the design and development of image sensors and image capture systems, has taped out its newestgeneration direct image sensor using Synopsys' Galaxy Custom Designer® solution. The Foveon X3® direct image sensor, used in highend consumer cameras such as Sigma's SD15 digital SLR camera, has over 14 million pixels and is implemented on a 180nanometer (nm) CMOS die. Foveon chose Synopsys' custom design solution to replace its existing solution to accelerate timetotapeout. The open environment of the Custom Designer solution provided Foveon with a rapid, lowrisk path to migrate from its incumbent solution and complete tapeout in fewer than two months.

"We switched to Synopsys' custom solution because it offered greater productivity for our large, complex designs compared to our previous solution," said Andrew Cole, general manager and vice president of engineering at Foveon. "We also found that Custom Designer's open, standardsbased environment made migration straightforward, with no impact to our design schedules. This was an important factor in our decision to adopt Synopsys."

The total time to completely transition to Custom Designer and tape out was less than two months. This effort included the development of an interoperable process design kit (iPDK), verification of layout against the legacy design database, and full netlist simulation to verify accuracy of the migrated schematic. Custom Designer's modern architecture accelerated Foveon's deployment, allowing its designers to easily take advantage of its advanced layout features and streamlined user interface.