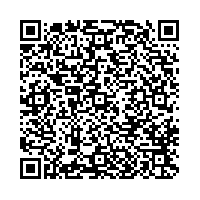 Subscribe to news
(PresseBox) ( München, 15-08-28 )
SynerTrade, rated by Gartner and Cap Gemini as one of the best and most comprehensive vendors of eProcurement and expense analysis solutions worldwide, today announced that its shareholder structure has changed.

After nearly 15 years with the same strongly-committed shareholders, the Advisory Board decided on a change of control to fuel the company’s future growth towards a €50 million company. SynerTrade will thus be part of one of Europe’s largest and most innovative digital companies, Digital Dimension, a subsidiary of Econocom Group. SynerTrade’s Management sees this step as an important move to accelerate the company’s growth while leveraging significant synergies across Digital Dimension group.

Digital Dimension specialises in digital services based on a recurring business model. Its services cover mobile solutions, hosting services and SaaS business software applications and are available through its innovative marketplace. SynerTrade will then bring all its assets and expertise to this ambitious joint venture that seeks to develop large-scale global procurement projects. With SynerTrade, Digital Dimension will employ 490 professionals.

With this transaction, Digital Dimension owns 90% of the capital of SynerTrade, which posted revenue of €13 million in 2014. Dr. Eberhard Aust, CEO of SynerTrade, will maintain his shares to ensure his ongoing passion and commitment to the company. He will also remain at the head of the organisation with total confidence in the motivation and support of his Management team, who will follow him in this new strategic direction: "Joining Digital Dimension will enable us to take on more ambitious projects on a global scale. The complementary offerings of the Digital Dimension companies will help us to support our existing and future customers much better than ever before. From now on we will accelerate our growth strategy, both inorganic and geographically, to lead the eProcurement cloud market across the globe."

Bryan, Garnier & Co advised the shareholders of SynerTrade on the transaction.


About Digital Dimension
Created in January 2014 by French entrepreneur Georges Croix (CEO and founder of this joint venture, with €49.9% of the share capital) and Econocom (50.1%), Digital Dimension confirms its target of €120 million full-year revenue by 2016, for which it has an investment budget of around €100 million over three years for targeted acquisitions in the mobility, IT hosting and SaaS business software solutions.
The Digital Dimension project is one of the major initiatives Econocom Group has undertaken as part of its strategic plan which aims to Econocom as the European leader in business-to-business digital services. Besides SynerTrade, Digital Dimension has acquired European companies Nexica, Rayonnance, ASP Serveur, ETS, TACTEM, Aragon-eRH and Norcod.
Digital Dimension will mainly be targeting large enterprises, in particular in the banking, insurance and retail sectors, where mobility and digitalisation are crucial. In terms of geographical expansion, Digital Dimension will be focusing mostly on Germany, Austria, Switzerland, Spain, Italy and Benelux, countries in which Econocom is already well established.


About Econocom
Econocom designs, finances and oversees companies’ digital transformation. With over 8,500 employees in 19 countries and revenue in excess of €2 billion, Econocom has all the requisite abilities to ensure the successful implementation of large-scale digital projects: consulting, sourcing and technology management & financing of digital assets, infrastructure, application and business solution services, and project financing.
The Econocom Group share (BE0974266950 - ECONB) has been listed on the Euronext NYSE in Brussels since 1986 and is part of the BelMid and Tech40 indices.

SynerTrade is one of Europe's largest provider of procurement solutions, technologies, knowhow and services. Over 30 functional modules are available to support and optimize processes in procurement, finance and engineering, With a team of over 168 sourcing, procurement and spend experts, SynerTrade is supporting medium enterprises as well as large enterprises to increase the performance of their purchasing departments sustainably on a global bases. The German-French company has offices in Germany, France, Austria, Switzerland, Italy, The Netherlands, Scandinavia and Romania.
More than 260 customers worldwide, amongst them 50 Fortune 1000 companies, 10 DAX30 and 20 CAC40 listed companies, have placed their trust in SynerTrade’s proven expertise and specialized knowledge for more than two decades.