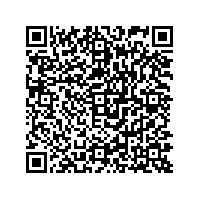 You Need the Speed – “Blast Off With Norton” and Win a Trip to Space! 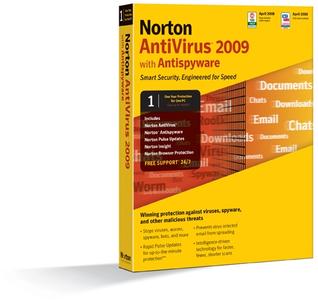 (PresseBox) ( Ratingen, 08-10-03 )
To ignite the launch of its fastest and lightest Norton security software, Symantec Corp. (Nasdaq: SYMC) today kicked off the "Blast Off With Norton" contest in UK & Ireland[1], offering the chance to win a trip aboard a zero gravity flight and compete for the grand prize - a ticket to rocket 62 miles above Earth aboard a suborbital space flight! News Facts:

- To launch Norton Internet Security and Norton AntiVirus 2009, Symantec is offering the chance for three people to win a seat on a zero gravity flight, where participants can experience the sensations of floating, flipping and flying through the air weightless
- Fewer than 500 people have been to space, but one lucky winner will join this exclusive club courtesy of Symantec
- Finalists will receive one ticket for a zero gravity flight, airfare and travel accommodations, and a free copy of Norton's latest security software.
- The contest runs from October 1 - December 31, 2008 - Finalists will be announced in January 2009 and the winner of the suborbital flight will be announced in February 2009

- Norton 2009 includes the Norton Protection System, a multilayered system of technologies that work in concert to stop threats before they impact you.

1 Smart scheduler handles scans, updates and other activities when the PC is idle, and processes retreat into the background within milliseconds of user activity
2 New user interface (UI) streamlines the experience so users can reach important features with a single click, and advanced users can configure custom settings with ease
3 Lightweight UI includes advanced performance meter to detail CPU usage at any given time
4 Symantec now delivers free support to Norton Internet Security and Norton AntiVirus 2009 customers across all available channels - via the web, email (where available), chat or phone throughout the duration of the product subscription period[2]

Norton Internet Security 2009 and Norton AntiVirus 2009 are available now for purchase through the Symantec online store at www.symantecstore.co.uk as well as various retail locations and online

About Norton from Symantec

Symantec's Norton products protect consumers from traditional threats with antivirus, anti-spam and spyware protection, as well as bots, drive-by downloads and identity theft- while also being light on system resources. The company also provides services such as online backup and PC tuneup, and is a trusted source for family online safety.

Blast Off With Norton UK competition and Win a Trip to Space - http://www.youtube.com/...://blogit.webitpr.com/?ReleaseID=10033

A complete copy of the Official Rules can be found at - http://www.norton.com/...

Blast Off With Norton' UK competition and Win a Trip to Space! - http://www.youtube.com/...

Recommend You Need the Speed – “Blast Off With Norton” and Win a Trip to Space! press release