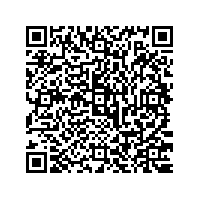 Symantec Corp. (Nasdaq:SYMC) today reported the results of its first quarter of fiscal year 2011, ended July 2, 2010. GAAP revenue for the fiscal first quarter was $1.433 billion, flat versus the comparable period a year ago and up 2 percent after adjusting for currency.

"This quarter, we saw lengthening of procurement cycles driven by continued cautiousness among IT buyers. In particular, this affected our storage management results," said Enrique Salem, president and chief executive officer, Symantec. "We are optimistic about the strength we saw in the public sector as well as with our Data Loss Prevention solutions. In addition, our Softwareasa-Service offerings posted doubledigit growth as we continue to expand our leadership in this highgrowth market."

"On a constant currency basis, we saw yearoveryear revenue growth across all of our geographies and solid deferred revenue performance," said James Beer, executive vice president and chief financial officer, Symantec. "We also saw continued growth in our Consumer business as we finalized the successful transition to our inhouse eCommerce platform."

GAAP deferred revenue as of July 2, 2010, was $2.998 billion compared with $2.973 billion as of July 3, 2009, up 1 percent yearoveryear. After adjusting for currency, deferred revenue increased 3 percent yearoveryear. Cash flow from operating activities for the first quarter of fiscal year 2011 was $335 million. Symantec ended the quarter with cash, cash equivalents and shortterm investments of $2.739 billion.

Non-GAAP Results: Non-GAAP operating margin for the first quarter of fiscal year 2011 was 26.5 percent. Non-GAAP net income for the first quarter was $284 million compared with $277 million for the yearago period, an increase of 3 percent yearoveryear. Non-GAAP diluted earnings per share were $0.35 compared with earnings per share of $0.33 for the yearago quarter, an increase of 6 percent yearoveryear.

As previously announced, beginning with this fiscal quarter, Symantec is no longer reporting revenue and deferred revenue on a non-GAAP basis. For a detailed reconciliation of our GAAP to non-GAAP results, please refer to the attached consolidated financial statements.

During the first quarter of fiscal year 2011, Symantec repurchased approximately 14 million shares for $200 million at an average price of $14.49. Symantec has $547 million remaining in the current board authorized stock repurchase plan.

Symantec completed the acquisitions of PGP and GuardianEdge in early June. The acquisitions generated June quarter revenue of $4 million and diluted earnings per share by half a cent, as expected. With a focus on swift integration, joint selling is occurring in the field and generated stronger than expected bookings in the June quarter. The integrated PGP and GuardianEdge product roadmap is complete and the functional integration is progressing smoothly across the company.

Deferred revenue is expected to be in the range of $2.830 billion and $2.860 billion, down 2 to 3 percent yearoveryear and up 2 to 3 percent after adjusting for currency.

Symantec has scheduled a conference call for 5 p.m. ET/2 p.m. PT today to discuss the results from the fiscal first quarter 2011, ended July 2, 2010, and to review guidance. Interested parties may access the conference call on the Internet at http://www.symantec.com/.... To listen to the live call, please go to the Web site at least 15 minutes early to register, download and install any necessary audio software. A replay and script of our officers' remarks will be available on the investor relations' home page shortly after the call is completed.

NOTE TO EDITORS: If you would like additional information on Symantec Corporation and its products, please visit the Symantec News Room at http://www.symantec.com/news. All prices noted are in U.S. dollars and are valid only in the United States.

FORWARD-LOOKING STATEMENTS: This press release contains statements regarding our financial and business results, which may be considered forwardlooking within the meaning of the U.S. federal securities laws, including projections of future revenue, earnings per share and deferred revenue, as well as projections of amortization of acquisitionrelated intangibles and stockbased compensation and restructuring charges. These statements are subject to known and unknown risks, uncertainties and other factors that may cause our actual results, levels of activity, performance or achievements to differ materially from results expressed or implied in this press release. Such risk factors include those related to: general economic conditions; maintaining customer and partner relationships; the anticipated growth of certain market segments, particularly with regard to security and storage; the competitive environment in the software industry; changes to operating systems and product strategy by vendors of operating systems; fluctuations in currency exchange rates; the timing and market acceptance of new product releases and upgrades; the successful development of new products and integration of acquired businesses, and the degree to which these products and businesses gain market acceptance. Actual results may differ materially from those contained in the forwardlooking statements in this press release. We assume no obligation, and do not intend, to update these forwardlooking statements as a result of future events or developments. Additional information concerning these and other risks factors is contained in the Risk Factors sections of our Form 10-K for the year ended April 2, 2010.

USE OF NON-GAAP FINANCIAL INFORMATION: Our results of operations have undergone significant change due to a series of acquisitions, the impact of SFAS 123(R), impairment charges and other corporate events. To help our readers understand our past financial performance and our future results, we supplement the financial results that we provide in accordance with generally accepted accounting principles, or GAAP, with non-GAAP financial measures. The method we use to produce non-GAAP results is not computed according to GAAP and may differ from the methods used by other companies. Our non-GAAP results are not meant to be considered in isolation or as a substitute for comparable GAAP measures and should be read only in conjunction with our consolidated financial statements prepared in accordance with GAAP. Our management regularly uses our supplemental non-GAAP financial measures internally to understand, manage and evaluate our business and make operating decisions. These non-GAAP measures are among the primary factors management uses in planning for and forecasting future periods. Investors are encouraged to review the reconciliation of our non-GAAP financial measures to the comparable GAAP results, which is attached to our quarterly earnings release and which can be found, along with other financial information, on the investor relations' page of our Web site at www.symantec.com/invest.

Symantec is a global leader in providing security, storage and systems management solutions to help consumers and organizations secure and manage their informationdriven world. Our software and services protect against more risks at more points, more completely and efficiently, enabling confidence wherever information is used or stored. More information is available at www.symantec.com.