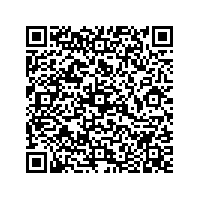 Subscribe to news
(PresseBox) ( Vancouver, British Columbia, 20-05-14 )
Vizsla Resources Corp. (TSX-V: VZLA) (OTCQB: VIZSF) (Frankfurt: 0G3) (“Vizsla” or the “Company” - https://www.commodity-tv.com/play/vizsla-resources-consolidating-silver-district-in-mexico-fast-track-to-production/) announces that it has renegotiated the terms of the Rio Panuco option agreement. Under the terms of the revised agreement, the option will be extended by one year. Additionally, the Silverstone option period has been extended into 2022 and the total Panuco mining district option payments between now and the beginning of 2022 will be reduced by over USD$4,100,000 from USD$5,634,500 to USD$1,480,000.

At the onset of the quarantine restrictions in Mexico due to COVID-19, the Company began to review its options pertaining to force majeure clauses in the two option agreements to pause the payment anniversaries.  The Company ended the force majeure period on the Rio Panuco option by mutual agreement with the amendments announced in this release while force majeure remains in place on the Silverstone option until government agencies in Mexico return to a normal course of business. The later registering of the Silverstone option agreement against the claim titles and the force majeure period to date extends the anniversary dates of the Silverstone option by a projected timeframe of four months from the original agreements and provides added time for exploration ahead of the infrastructure purchase phase of the agreement in 2022, subject to the enforced lockdown by Mexican authorities.

CEO Michael Konnert stated “Vizsla is now in the strongest position yet to execute the option and become a near-term silver and gold producer at the Panuco district. Restructuring the Rio Panuco agreement to extend the option period by one year and the extra runway on the Silverstone agreements is a major success for the Company and shareholders. We now have more time to undertake exploration at the Panuco project ahead of the infrastructure purchase component of the option in 2022. These extensions fortify Vizsla’s business plan of delineating an initial resource to justify the execution of one or both options and enter into production.  Building on the recent excellent drilling and sampling results and the lifting of restrictions allowing drilling later this month, the Company is making excellent progress towards its vision at the Panuco silver-gold district.”

Vizsla has an option to acquire 100% of the newly consolidated 9,386.5 Ha Panuco district in southern Sinaloa, Mexico, near the city of Mazatlán. The option allows for the acquisition of over 75 km of total vein extent, a 500 tpd mill, 35 kms of underground mines, tailings facilities, roads, power and permits.

This news release includes certain “Forward‐Looking Statements” within the meaning of the United States Private Securities Litigation Reform Act of 1995 and “forward‐looking information” under applicable Canadian securities laws. When used in this news release, the words “anticipate”, “believe”, “estimate”, “expect”, “target”, “plan”, “forecast”, “may”, “would”, “could”, “schedule” and similar words or expressions, identify forward‐looking statements or information. These forward‐looking statements or information relate to, among other things: the development of Panuco, including potential drill targets; future mineral exploration, development and production including the identification of drill targets and commencement of drilling; and completion of a maiden drilling program

Forward‐looking statements and forward‐looking information relating to any future mineral production, liquidity, enhanced value and capital markets profile of Vizsla, future growth potential for Vizsla and its business, and future exploration plans are based on management’s reasonable assumptions, estimates, expectations, analyses and opinions, which are based on management’s experience and perception of trends, current conditions and expected developments, and other factors that management believes are relevant and reasonable in the circumstances, but which may prove to be incorrect. Assumptions have been made regarding, among other things, the price of silver, gold and other metals; costs of exploration and development; the estimated costs of development of exploration projects; Vizsla’s ability to operate in a safe and effective manner and its ability to obtain financing on reasonable terms.

These statements reflect Vizsla’s respective current views with respect to future events and are necessarily based upon a number of other assumptions and estimates that, while considered reasonable by management, are inherently subject to significant business, economic, competitive, political and social uncertainties and contingencies. Many factors, both known and unknown, could cause actual results, performance or achievements to be materially different from the results, performance or achievements that are or may be expressed or implied by such forward‐looking statements or forward-looking information and Vizsla has made assumptions and estimates based on or related to many of these factors. Such factors include, without limitation: satisfaction or waiver of all applicable conditions to closing of the Acquisition including, without limitation, receipt of all necessary approvals or consents and lack of material changes with respect to Vizsla and Canam and their respective businesses, all as more particularly set forth in the Acquisition agreement; the synergies expected from the Acquisition not being realized; business integration risks; fluctuations in general macro‐economic conditions; fluctuations in securities markets and the market price of Vizsla’s common shares; and the factors identified under the caption “Risk Factors” in Vizsla’s management discussion and analysis. Readers are cautioned against attributing undue certainty to forward‐looking statements or forward-looking information. Although Vizsla has attempted to identify important factors that could cause actual results to differ materially, there may be other factors that cause results not to be anticipated, estimated or intended. Vizsla does not intend, and does not assume any obligation, to update these forward‐looking statements or forward-looking information to reflect changes in assumptions or changes in circumstances or any other events affecting such statements or information, other than as required by applicable law.