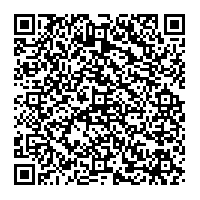 Uranium Energy Corp is a U.S.-based uranium mining and exploration company.  In South Texas, the Company’s hub-and-spoke operations are anchored by the fully-licensed Hobson Processing Facility which is central to the Palangana, Burke Hollow and Goliad ISR projects.  In Wyoming, UEC controls the Reno Creek project, which is the largest permitted, pre-construction ISR uranium project in the U.S.  Additionally, the Company controls a pipeline of uranium projects in Arizona, New Mexico and Paraguay, a uranium/vanadium project in Colorado and one of the highest-grade and largest undeveloped Ferro-Titanium deposits in the world, located in Paraguay.  The Company’s operations are managed by professionals with a recognized profile for excellence in their industry, a profile based on many decades of hands-on experience in the key facets of uranium exploration, development and mining.