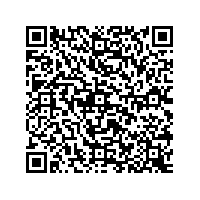 All amounts herein are reported in thousands of United States dollars (“US$”) unless otherwise specified.

• Fresnillo plc (“Fresnillo) and the Company are considering alternate mine plans and other project enhancements to maximize the value of both the Bonanza Zone and the new Deep Zone.

• Intensified underground development started to allow for the planned increase in mining rate and processing capacity.

• Permitting based on the upgraded design has already commenced according to the operator, Fresnillo.

• Sinking an internal shaft (or winze) being considered to access the deeper zone sooner.

• New resource estimate and the design upgrades to be incorporated into a revised mine plan and a new MAG technical report (third quarter of 2017).

• Independent feasibility study to be prepared by Minera Juanicipio by year end.

George Paspalas, President and CEO, commented, “The Juanicipio project has grown dramatically in scope since our last PEA and this has prompted several positive design changes that we're working on with our JV partner Fresnillo. This is the time to get it right, before we embark on significant capital spend. We have intensified underground development to enable higher mining rates to be achieved from the outset of the project. We are bringing the project development up to feasibility level, and we will continue our core strength area of exploration on the property, with drilling aimed for further expansion of the deep zone and testing some other regional targets away from the current discoveries.”

Development to date has focused primarily on advancing the ramp decline to the main Valdecañas Vein on the property, in accordance with the recommendations in the 2014 Juanicipio Technical Report (see Press Release dated May 27, 2014). The ramp reached the uppermost reaches of the Valdecañas Vein in December 2016 and footwall development has now commenced. The ramp and ancillary passage development advance rate remains at or exceeds the levels envisioned in the 2014 Juanicipio Technical Report (115 metres per month). Ramp-related surface installations, offices and associated infrastructure have been completed, and construction of additional ventilation raises is on-going.

An engineering review of the impact of significant ongoing drill results coming from the Deep Zone is currently underway with an objective of determining which aspects of the Bonanza Zone development should be modified to accommodate possible future production from this expanding zone. As a new, larger resource estimate incorporating additional drilling is expected to be incorporated into the mine plan, Fresnillo and the Company have been considering alternate mine plans and enhancements to the development of the Juanicipio Project different from what is set out in the 2014 Juanicipio Technical Report. Considerations include increasing the processing plant nameplate capacity from 2,650 tonnes per day to 4,000 tonnes per day, expanding underground workings to handle increased waste-rock production and sinking an internal shaft (or winze) to access the Deep Zone sooner. Underground development was therefore intensified in the second quarter of 2017 to allow for this planned increase in processing capacity. Additional development contractors have been engaged by Fresnillo and a twinning of the access decline is advancing rapidly with the intent of providing expanded ore and waste hauling capacity. Fresnillo has also indicated that permitting based on the upgraded design has commenced and that permits are expected to be approved prior to year end.

Assays from 13 new exploration and infill drill holes from the Deep Zone were released in the first quarter of 2017 (see Press Release February 14, 2017), which along with previously announced results from 14 earlier holes (27 holes total) (see Press Releases April 23, 2015 and August 15, 2016) have:

An independent feasibility study (“FS”) has been commissioned by Minera Juanicipio to determine pre-construction optimization of the expanded mine design and the FS is expected to be completed by the end of the 2017. Upon completion, Minera Juanicipio is expected to present the FS to both its Board and the respective Joint Venture partner Boards for formal development approval in early 2018. Fresnillo has advised that with the anticipated changes in design scope, Juanicipio is now expected to be in production by the first half of 2020.

On its own behalf, MAG is preparing an updated technical report expected in the third quarter of 2017, which will incorporate the new resource estimate and the expected design upgrades in the mine plan.

On the exploration front, the Technical Committee approved a 20,000-metre exploration drill program for the Juanicipio Property to test various targets within the property boundaries. Dr. Peter Megaw, the Company’s Chief Exploration Officer, and the MAG exploration team have been involved with Fresnillo in selecting drill targets for this program. Drilling commenced in July.

In the three and six months ended June 30, 2017, the Company recorded a 44% equity income from its Investment in Associate of $404 and $976 respectively (June 30, 2016: $600 and $643 loss respectively). The equity income pick up from Minera Juanicipio is a result of the strengthening of the Mexican Peso relative to the US$, and the Company’s related 44% share of an exchange gain and a deferred tax recovery recognized in Minera Juanicipio. The Company also recorded a deferred tax recovery of $589 for the six months ended June 30, 2017 (June 30, 2016: $795 deferred tax expense) related to the reversal of the deferred tax liability that was set up at December 31, 2016 in relation to temporary differences between the book and tax base of its Mexican non-monetary assets.

MAG Silver Corp. is a Canadian exploration and development company focused on becoming a top-tier primary silver mining company, by exploring and advancing high-grade, district scale, silver-dominant projects in the Americas. Our principal focus and asset is the Juanicipio Property (44%), being developed in partnership with Fresnillo Plc (56%) and is located in the Fresnillo Silver District in Mexico, the world’s premier silver mining camp. We are presently developing the underground infrastructure on the property, with the operational expertise of our joint venture partner, Fresnillo plc, to support an expected 4,000 tonnes per day mining operation. As well, we have an expanded exploration program in place investigating other highly prospective targets across the property. In addition, we continue to work on regaining surface access to our 100% owned Cinco de Mayo property in Mexico while we seek other high grade, district scale opportunities.

On behalf of the Board of
MAG SILVER CORP.

Please Note:
Investors are urged to consider closely the disclosures in MAG's annual and quarterly reports and other public filings, accessible through the Internet at www.sedar.com and www.sec.gov/...