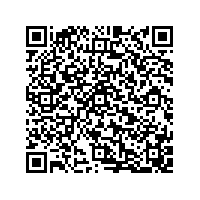 All amounts herein are reported in $000s of United States dollars (“US$”) unless otherwise specified.

2017 HIGHLIGHTS
(1) Base Case metal prices of $17.90/oz for silver; $1250/oz for gold; $0.95/pound (“lb”) for lead and $1.00/lb for zinc. Projected Silver Equivalent calculated using the Base Case metal recoveries and Base Case metal prices.
George Paspalas, President and CEO, commented, “we saw the 2017 PEA strongly validate the enhanced project scope, size and economics of the Juanicipio project. We look forward now to completing the feasibility study which will trigger the production decision and set us on the path forward with our partner Fresnillo. As we progress through 2018, the strategy to commence exploration on some of the greenfield targets on the Joint Venture ground should materialize”

At site, the underground development continues at increased development rates, with emphasis on the ramp twinning and on three internal ramps at depth designed to provide zone access within the mine. Fresnillo, as operator, advised that permits submitted in 2017 based on the upgraded 4,000 tpd design were granted in the first quarter of 2018.

Exploration drilling continues under the 20,000 metre program approved in 2017, with currently five drill rigs on site, four drilling from surface and one from underground (all assays pending).

An independent feasibility study to be prepared by AMC, was commissioned by Minera Juanicipio in the second half of 2017, and is expected to be completed by the second quarter of 2018. This study is required by the Minera Juanicipio Shareholders’ Agreement in order to make a formal production decision. Unlike the 2017 PEA, the feasibility study (by regulatory definition) cannot include Inferred Mineral Resources in the mine plan and is based on more detailed engineering which may result in changes in project’s scope. As a result, the feasibility study will model significantly fewer tonnes mined resulting in a shorter mine life than envisioned in the 2017 PEA, and the study is expected to contain an incremental increase in the estimated initial capital cost. With these and other possible scope changes stemming from the exclusion of Inferred Mineral Resources, the project’s modeled economics are expected to decrease as compared to those in the 2017 PEA. Upon completion of the feasibility study, Minera Juanicipio is expected to present the study to both its Board and the respective Joint Venture partner Boards for formal development approval. Although there is no certainty a production decision will be made, Fresnillo has publicly advised that it expects Minera Juanicipio to be in production by the first half of 2020, which is consistent with the timeline to production in the 2017 PEA.

Shareholders may receive, upon request and free of charge, a hard copy of the Company's Audited Financial Statements. The Company's 40-F has also been filed with the United States Securities and Exchange Commission.

MAG also announces the approval by its board of directors of certain housekeeping amendments to its advance notice policy (the "Policy") first adopted on August 23, 2012 and amended effective March 23, 2018 which Policy, among other things, includes a provision that requires advance notice to the Company in circumstances where nominations of persons for election to the board of directors are made by shareholders of the Company other than pursuant to: (i) a "proposal" made in accordance with Division 7 of the Business Corporations Act (British Columbia) (the "Act"); or (ii) a requisition of the shareholders made in accordance with section 167 of the Act. The amendments are designed to ensure that the Policy is aligned with recent governance recommendations with respect to best practices.

The full text of the Policy is available via SEDAR at www.sedar.com or upon request by contacting the Secretary of the Company at 604-630-1399 or by email at jharris@magsilver.com.

MAG Silver Corp. is a Canadian exploration and development company focused on becoming a top-tier primary silver mining company, by exploring and advancing high-grade, district scale, silver-dominant projects in the Americas. Our principal focus and asset is the Juanicipio Property (44%), being developed in partnership with Fresnillo Plc (56%) and is located in the Fresnillo Silver District in Mexico, the world’s premier silver mining camp. We are presently developing the underground infrastructure on the property, under the operational expertise of our joint venture partner, Fresnillo plc, to support an expected 4,000 tonnes per day mining operation. As well, we have an expanded exploration program in place investigating other highly prospective targets across the property. In addition, we continue to work on regaining surface access to our 100% owned Cinco de Mayo property in Mexico while we seek other high grade, district scale opportunities.

Neither the Toronto Stock Exchange nor the NYSE American have reviewed or accepted responsibility for the accuracy or adequacy of this press release, which has been prepared by management.

This News Release contains "forward-looking information" and "forward looking statements" within the meaning of applicable Canadian and United States securities legislation. Statements contained herein that are not based on historical or current fact, including without limitation statements containing the words “anticipates,” “believes,” “may,” “continues,” “estimates,” “expects,” and “will” and words of similar import, constitute “forward-looking statements” within the meaning of the U.S. Private Securities Litigation Reform Act of 1995. Forward-looking information may include, but is not limited to, expectations with respect to the filing of final base shelf prospectus and shelf registration statement on form F-10 or with respect to any future offerings by the Company; and information contained the preliminary base shelf prospectus relating to, among other things, the future price of silver, gold, lead and zinc, the estimation of mineral resources, preliminary economic estimates relating to the Juanicipio Project, estimates of the time and amount of future silver, gold, lead and zinc production for specific operations, estimated future exploration and development expenditures and other expenses for specific operations, permitting timelines, the Company’s expectations regarding impairments of mineral properties, the Company’s expectations regarding its negotiations with the Ejido to obtain surface access to the Cinco de Mayo Property; the anticipated timing of a formal “production decision” at Minera Juanicipio; the Company’s expectations regarding the sufficiency of its capital resources and requirements for additional capital, litigation risks, currency fluctuations, environmental risks and reclamation cost, and changes to governmental laws and regulations. Any statements that express or involve discussions with respect to predictions, beliefs, plans, projections, objectives, assumptions or future events of performance (often but not always using words or phrases such as “anticipate”, “believe”, “estimate”, “expect”, “intend”, “plan”, “strategy”, “goals”, “objectives”, “project”, “potential” or variations thereof or stating that certain actions, events, or results “may”, “could”, “would”, “might” or “will” be taken, occur, or be achieved, or the negative of any of these terms and similar expressions), as they relate to the Company or management, are intended to identify forward-looking statements and information. Such statements reflect the Company’s current views with respect to future events and are subject to certain known and unknown risks, uncertainties and assumptions.

Many factors could cause actual results, performance or achievements to be materially different from any future results, performance or achievements that may be expressed or implied by such forward-looking statements and information, including, among others, the ability of the Company to successfully close a financing pursuant to the base shelf prospectus or shelf registration statement and those risks identified in MAG's preliminary base shelf prospectus dated December 28, 2017 filed on SEDAR at www.sedar.com . Forward-looking information is based on the expectations and opinions of MAG's management on the date the statements are made. The assumptions used in the preparation of such statements, although considered reasonable at the time of preparation, may prove to be imprecise. We do not assume any obligation to update forward-looking information, whether as a result of new information, future events or otherwise, other than as required by applicable law. For the reasons set forth above, prospective investors should not place undue reliance on forward-looking information. Neither the TSX nor the NYSE American has approved or disapproved of the information contained herein.

This press release uses the term "Indicated Resources". MAG advises investors that although this term is recognized and required by Canadian regulations (under National Instrument 43-101 - Standards of Disclosure for Mineral Projects), the U.S. Securities and Exchange Commission does not recognize this term. Investors are cautioned not to assume that any part or all of mineral deposits in this category will ever be converted into reserves.

This press release uses the term "Inferred Resources". MAG advises investors that although this term is recognized and required by Canadian regulations (under National Instrument 43-101 Standards of Disclosure for Mineral Projects), the U.S. Securities and Exchange Commission does not recognize this term. Investors are cautioned not to assume that any part or all of the mineral deposits in this category will ever be converted into reserves. In addition, "Inferred Resources" have a great amount of uncertainty as to their existence, and economic and legal feasibility. It cannot be assumed that all or any part of an Inferred Mineral Resource will ever be upgraded to a higher category. Under Canadian rules, estimates of Inferred Mineral Resources may not form the basis of feasibility or pre-feasibility studies, or economic studies except for Preliminary Assessment as defined under Canadian National Instrument 43-101. Investors are cautioned not to assume that part or all of an Inferred Resource exists, or is economically or legally mineable.

Investors are urged to consider closely the disclosures in MAG's annual and quarterly reports and other public filings, accessible through the Internet at www.sedar.com and